Bengaluru: Rio Olympic aspirants, Nitendra Singh Rawat and Kheta Ram along with defending champion Suresh Patel will participate in the TCS World 10K Marathon to be held here on May 15. Leading the women’s brigade will be defending champion L Surya and last year’s runner-up and Federation Cup winner Swati Gadhave. Rawat will participate to gauge his performance ahead of the Olympics. He had secured a spot earlier this year at the Standard Chartered Mumbai Marathon with a course record time of 2:15.48. Also in action will be G Lakshmanan who set 29:57.44 on the clock at the Federation Cup in New Delhi.

M D Yunus, who is also fresh from his 2016 Federation Cup exploits, will look at lowering his timing of 29:59.69 that he recorded in the 10,000 metres at the 2016 Federation Cup. His effort was almost half a second faster than Kheta Ram (30:01.66) at the same event and he could definitely provide a tough competition. “I am hoping to repeat my winning performance from last year with the conditions remaining more or less the same. There should be good competition out in the field when the race is flagged- off,” title defender Suresh Patel said.

Also competing will be first runner-up of the Standard Chartered Mumbai Marathon, Manisha Salunkhe (01:19:17) and second runner-up Monika Athare (01:20:08) along with Kiran Sahdev (1:20:51) — all looking to make their mark in one of India’s premier 10K runs. “The course will be tough coupled with the changing weather conditions and the closeness of the field this year. The Federation Cup results were brilliant and everyone has a chance to cross the finish line first. I will have to work harder to make sure to retain my title come 15th May,” Surya said.

All will be gunning for a share of the total prize pot of USD 197,768, with Rs 2,50,000 each going to the men’s and women’s race winners, Procram International said in a release. 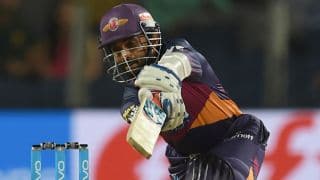