Indian golfers Anirban Lahiri and Jeev Milkha Singh failed to tee off in the 116th US Open as heavy rain thrice interrupted the opening round.

Oakmont (Pennsylvania): Indian golfers Anirban Lahiri and Jeev Milkha Singh failed to tee off in the 116th US Open as heavy rain thrice interrupted the opening round of 2016’s second Major. Of the 156 players scheduled to play at the Oakmont Country Club on Thursday, only nine completed their opening round, and the afternoon wave of 78 competitors never started, including the Indian duo and world No.1 Jason Day of Australia. The US Open is the only Major where Lahiri has not made the cut so far. He will be eager to redeem himself after 2015’s disappointment when he missed out on debut.

In the first two rounds, he will tee off alongside world No.67 Scott Piercy of the United States and No.64 Jamie Donaldson of Wales. Veteran Jeev, 44, play alongside Billy Hurley of the United States and JJ Henry. In the limited action, Professional Golfers Association (PGA) Tour rookie Andrew Landry, of Austin, Texas, who has made five of 11 cuts, stood at three-under par. He will face a 10-foot birdie putt on the ninth green – his final hole – when play resumes on Friday morning at 7:30.

Another stroke back were two-time Masters champion Bubba Watson and 2008 U.S. Amateur champion Danny Lee, of New Zealand. They had four and five holes remaining, respectively. Defending champion Jordan Spieth, of Dallas, was one-over par through 11 holes, while 2011 champion Rory McIlroy, of Northern Ireland, stood at four-over with five to play.

The first rain delay lasted 79 minutes. The second delay lasted 2 hours, 22 minutes. It was not an easy day for anybody, as players and fans alike were constantly shuffling on and off the course in order to avoid the lightning threats and the pouring rain. “It’s tough to get into a rhythm, obviously,” Rickie Fowler, who’s six-over through 12 holes, told pgatour.com.

“It’s obviously a frustrating day having to keep coming off,” added Lee Westwood (one-under through 13). “But there’s nothing you can do about the weather.” Scottie Scheffler had the lone completed round under par. His 69 is thought to be the lowest round shot by an amateur in the first round of a US Open at Oakmont. 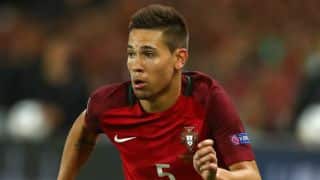 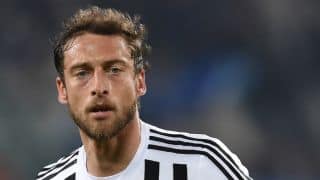