Anirban Lahiri made a reasonable upward move on the third day despite bleeding in the closing stages of the penultimate round of the Wells Fargo Championship.

Charlotte (United States): Indian golfer Anirban Lahiri made a reasonable upward move on the third day despite bleeding in the closing stages of the penultimate round of the Wells Fargo Championship. Starting the day at tied 35th, he was close to top- 10 before ending up at tied 19th after 54 holes. Lahiri, the only player with a bogey-free round this week following his six-under 66 on the opening day, was once again bogey free through the first 14 holes. And then he hit the road block on the famed finishing stretch at the Quail Hollow. First he bogeyed 15th and then two more bogeys came on 17th and 18th with a birdie on 16th somewhat limiting the damage.

Lahiri, going strong at two-under for the day, looked set for another birdie on par-5 15th, before he duffed a chip and three-putted for bogey instead. He recovered with a birdie on 16th, but missed a three-footer for par on 17th. He went into the water on 18th for a third bogey and a round of 72, which could easily have been in 60s. Lahiri (72) took his total to one-under 215 and was eight shots behind the leader Rickie Fowler (68).

“I was hugely disappointed with the finish. The last four holes were the easiest today in comparison to the rest of the week. On the 15th, I duffed chip and 3-putt from the edge of the green. Then I missed a 3-footer on 17th and had a mis-clubbed wedge on 18. That round should easily have been in the 60’s today,” said a disappointed Lahiri. Regarding his overall play yesterday, Lahiri added, “I was disappointed to not make a move today. I played really good till the misses coming in [on the final stretch].”

Regarding the ‘Green Mile’ as the stretch between 16-18 is referred to, Lahiri said, “Yes. They are playing much easier than earlier in the week. The 17th usually plays 200-plus yards. Today it way less. On the 18th hole I hit 40-iron last two days, today it was a pitching wedge.” Despite a disappointing third round, Laihiri still sounded confident. “The game is looking good and I am looking to put in a solid final round.”

Fowler carded a four-under 68 yestyerday to take the third-round lead at the Wells Fargo Championship, where he had a breakthrough win in 2012. He had a one-stroke lead over Roberto Castro, with Justin Rose and James Hahn two strokes back. Fowler won The Players Championship and Deutsche Bank Championship last year and took the European Tour event in Abu Dhabi early in 2016. Though he blew a late lead and lost the Phoenix Open in a playoff this season, he is looking good this week.

Winless on the Tour, Castro was atop the leaderboard most of the day, but bogeyed the 18th hole for a 71. Fowler parred the first seven holes before running up three straight birdies from eighth to 11th. Just as he looked like running away, things crumbled with bogeys on 10th and 12th, but Fowler hit back strongly with three straight birdies starting from 14th to get into the lead.

Phil Mickelson and defending champion Rory McIlroy had a tough time, dropping eight shots behind Fowler. Mickelson was in contention until a quadruple-bogey 8 on the 18th hole to finish with a 76. McIlroy, the tournament’s only two-time winner, had two bogeys in the first four holes and shot 73. Rose put himself in contention after rounds of 70, 70 and 69. 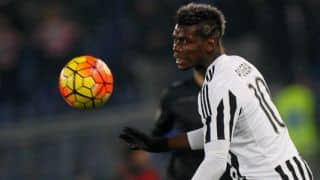