China extended its table tennis dominance today with its men and women each winning their record 20th world team titles in a sweep.

Kuala Lumpur: China extended its table tennis dominance today with its men and women each winning their record 20th world team titles in a sweep of Japan that sets up the Chinese as Olympic favourites. Japan’s men, who had lost all their previous five finals against China, were overcome again as Xu Xin grabbed an early stranglehold with an 11-6, 11-8, 11-8 triumph over Jun Mizutani in Kuala Lumpur. World number one Ma Long, who is unbeaten at the World Team Table Tennis Championships since 2010, extended the lead with an 11-3, 11-8, 11-6 thumping of Maharu Yoshimura to the cheers of thousands of Chinese fans who had made the journey to Malaysia.

Reigning Olympic champion Zhang Jike closed out the title, bouncing back from an early setback to down Yuya Oshima. “We are a motivated team, and there is nothing that can stop us from winning the title. Even if I had lost, my teammates would have made up for it,” Ma said. For the women, world number one Liu Shiwen barely broke a sweat as she sent Japan’s Ai Fukuhara packing to get China off to a flying start.

Li Xiaoxia faced resistance from Kasumi Ishikawa before prevailing, and two-time world champion Ding Ning completed the triumph over Mima Ito. “This title will certainly boost the players spirits ahead of the Olympics, and I hope they will maintain the same high level performance in Brazil,” said Chinese women’s coach Kong Linghui. “I am pleased with this record win, especially in front of so many of our fans who came to support us.” The Chinese women have thoroughly dominated the sport over the last 25 years, missing out on only two titles in that span. 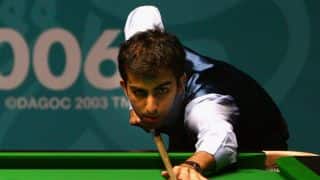