Half of 500 visitors who had planned to attend the WBO annual convention in Puerto Rico have cancelled due to fear of the Zika virus.

San Juan: The president of the World Boxing Organisation said on Thursday that “roughly half” of the 500 visitors who had planned to attend the WBO annual convention in Puerto Rico have cancelled due to fear of the Zika virus. In an interview with Univision Radio, Francisco Valcarcel laid part of the blame for the anxiety on Puerto Rico Gov. Alejandro Garcia Padilla’s portrayal of the situation in comments to international media. “The image of a humanitarian crisis, in which there is no money to pay nurses, that is what the governor has sold,” Valcarcel said. “I’ve been told that repeatedly, even in Japan, from where I just arrived.”

The US Centers for Disease Control and Prevention estimates that a quarter of Puerto Rico’s population will be infected with the Zika virus, which is spread by the Aedes aegypti mosquito. Though many infected people never get sick and the symptoms are usually mild for those who do, the current Zika outbreak in Brazil has been linked to a dramatic increase in a certain type of birth defect.

The 29th WBO Annual Convention is scheduled for October 17-21 in San Juan. Current and former boxing champions are expected to participate along with up-and-coming fighters and promoters. The convention will open with a golf tournament featuring WBO champions. 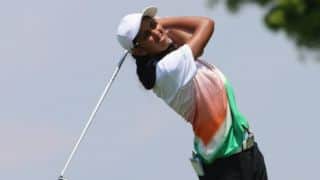