Thespian Dilip and the Showman Raj, were different from each other, yet enjoyed an immense fan following around the nation.

Film stars Raj Kapoor and Dilip Kumar are two immortal names from the Indian film industry. The duo ruled the screens in the 1950s and 1960s. Their families bonded when they both were school-going boys in Peshawar and later studied together in Khalsa College.

They both studied arts and played in the same football team. While Raj was more flamboyant, Dilip was a shy. However, both went on to enjoy a lot of success. Thespian Dilip and the Showman Raj, were different from each other, yet enjoyed an immense fan following around the nation. Enjoying equal stardom, media often wrote about professional and personal rivalry but both always maintained that they were very close to each other and were like brothers.

It’s not just football that they played together, both were also cricket buffs and in the above picture the duo are seen posing together during a charity match in 1962 at Shivaji Park. The image was shared by cricket journalist Ayaz Memon.

Raj Kapoor & Dliip Kumar in an unusual partnership.Pic courtesy Subhash Ghai. Anybody knows when & where it was shot? pic.twitter.com/GuS0vZ6Dl0

@cricketwallah This was a filmstars vs some XI at Shivaji Park. I remember Farook Engineer playing. 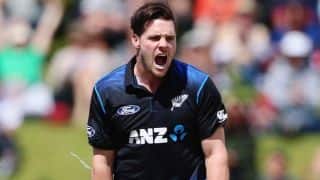