After facing a few short balls from Curtly Ambrose, Steve Waugh noticed the bowler was staring at him with his assassinating look, which made him lose his cool.

Two of world cricket’s greatest legends facing each other, not with bat and ball, but with words which could have led to a physical altercation is not the perfect endorsement of the game. And when it did happen between West Indian paceman Curtly Ambrose and former Australian skipper Steve Waugh, it did not make for a good view. Even former Australian spinner Shane Warne testified it by saying it was the ugliest incident on the cricket field he had witnessed.

At that time, Australian cricket team were on the rise as the dominating team in world cricket. This heated incident took place at the Queen’s Park Oval during the first day of the third Test of The Frank Worrell Trophy 1995. The West Indies were unbeaten in last 16 years in Tests and this time they were already one down in the series. Curtly Ambrose was not at his peak, form-wise, during the start of the series but after this incident, he was playing like a fired-up dragon with no mercy.

Winning the toss, West Indian skipper Richie Richardson put the Australians into bat. Ambrose along with Courtney Walsh got rid of both the openers — Mark Taylor and Michael Slater. Further, Mark Waugh was also sent back to the pavilion, when his brother Steve walked in at number five when Australia were three wickets down for 13 runs.

After facing a few short balls from Ambrose, Waugh noticed the bowler was staring at him with his assassinating look, which made him lose his cool as he went on to say, “What the f**k are you looking at.” The giant West Indian fast bowler was stunned with Waugh’s words as, “No one had ever been stupid enough” to speak him like that, according to his West Indian Tour Diary. In return, Ambrose came closer to him and said, “Don’t cuss me, maan.”

The moment that clip started playing on the big screen, skipper Richardson immediately moved towards Ambrose to avoid a physical fight between the two and pulled the giant out of the fray.

It was like; someone had tickled the sleeping lion as the next two balls were as fast as Ambrose ever bowled. The incident charged both the great players in that innings as Ambrose took a fifer by conceding only 45 runs to get the opponents all-out for just 128 runs while Waugh played a heroic knock of unbeaten 63.

The match ended in West Indies’ favour but later in the last Test of the series, Australians took the trophy by winning the series by 2-1 and since then the West Indies haven’t been able to win the Frank Worrell Trophy.

In the recently published autobiography of Curtly Ambrose – ‘Time to Talk’, he recalls the fiery clash and says, “Man, I will knock you out – here and now. I don’t care if I have no career left.”

After the match, both the players were reported to the match referee Majid Khan but both escaped a sanction and later Ambrose said he and Waugh never discussed the moment. Yuvraj Singh: IPL has nothing to do with water crisis 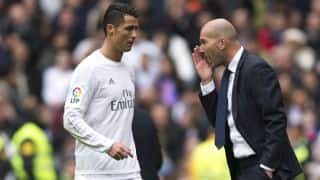