Playing his 17th career-Test, Garry Sobers went on to score his maiden Test hundred. The southpaw from Barbados did not stop here, as he had other plans to make the first Test ton all the more special.

Comparisons are inevitable, especially in the game of cricket. When we talk about batting, people compare the genius of Sir Don Bradman with someone like Sachin Tendulkar, caring little about the fact that they played in different eras. Similarly, when there is a discussion on the art of bowling, people often put the likes of Shane Warne, Muttiah Muralitharan, Glenn McGrath, Wasim Akram and Curtly Ambrose in the same bracket. However, when we talk about the all-rounders, seldom do people come up with any name other than the West Indian legend Sir Garry Sobers — unarguably the greatest player in his art to have ever played the game.

There was virtually nothing that Sobers could not do on the cricket field. When he wielded the willow, he was the best in the business. His Test average of 57.78, which is fourth highest overall for the Tests batsmen who have scored over 5,000 runs, speaks volumes about his talent. When he had the red-cherry in his hand, he could bowl fast-medium, slow left-arm orthodox and chinaman with it. These multiple skills with the ball earned him 235 test wickets (over 1000 First-Class wickets overall). It is thus not for nothing that people claim Sobers to be the greatest all-rounder the game ever witnessed.

His best moment with the bat came at the young age of 21 (he started playing Tests even younger, at 17). Playing his 17th career-Test, Sobers went on to score his maiden Test hundred. The southpaw from Barbados did not stop here, as he had other plans to make the first Test ton all the more special. He went on to score 365 runs, which was the then record of the highest individual score in Tests. His marathon effort came against the visiting Pakistan side, whose bowlers were treated with disdain by Sobers’ bat in the third Test of the 1957-58 series at Kingston.

Batting first, Pakistan were restricted to 328 in their first innings. Wicketkeeper-batsman Imtiaz Ahmed top-scored with 122, while Saeed Ahmed and Wallis Mathias scored half-centuries to lend some respectability to Pakistan’s total. Eric Atkinson was their tormentor-in-chief with his fifer. In reply, West Indies started strong with Conrad Hunte and Rohan Kanhai adding 87 for the first wicket. At the same score, Kanhai was dismissed after scoring 25 and this is precisely when Pakistan’s trouble began. Sobers joined Hunte in the middle and the two went on to add a mammoth 446 for the second wicket. This pair was separated after Hunte was dismissed for 260, but Sobers continued to punish the Pakistanis, adding more runs with ‘two of the three W’s’ — Everton Weekes and Clyde Walcott.

After toying around with the opposition bowlers, West Indies eventually declared on 790 for 3, their highest total and the fourth-highest in Test history. Sobers, who batted for 10 hours and 14 minutes and hit 38 fours during his stay in the middle, scored 365 not out and surpassed Len Hutton’s 364 against Australia in 1938. This was a new record which remained intact until 1994, when his fellow West Indian and a master batsman Brian Lara broke it by scoring 375 against England. (Though it was later broken by Australia’s Matthew Hayden, Lara reclaimed it by scoring 400 not out). Coming back to the match, it is no surprise that West Indies won it by an innings’ margin. Pakistan batsmen, who were made to field for over two days, surrendered in the second innings for a mere 288, thus losing the match — which shall forever be remembered for Sobers’ classy knock — by an innings and 174 runs. 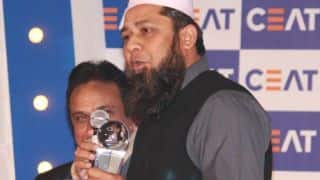