The gentleman’s game has been undergoing chances rapidly owing to the popularity of the shorter formats. The elegant cover drives, square cuts etc have given way to acrobatic shots with batsmen no longer sticking to the text book. (ICC Cricket World Cup 2015: Full coverage)

In the Twenty20 generation, batsmen go out of the way to score runs and try out-of-the-box cricket shots to send the ball past the fielders and to the stands. One such innovative shot was hit by South Africa’s Rilee Rossouw on the course of his 39-ball 61 during the Pool B match between South Africa and West Indies in Sydney on Friday.

Anthony Johnson of Getty Images captured Rossouw on camera while hitting an unorthodox shot. Proteas eventually won the match by 257 runs as West Indies were unable to chase down 409 for a victory. With this win South Africa move up to second position in the points table.  (ICC Cricket World Cup 2015: Points Table) 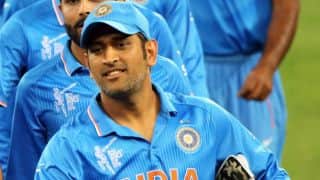 India have been the best team in ICC World Cup 2015, feels Brian Lara 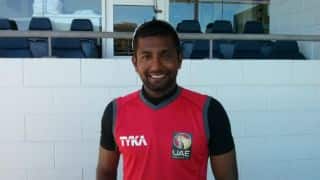