Australia added another feather to their cap on Sunday after beating West Indies in the Tri-Nation Series 2016 final at Barbados.

Australia have been one of the most dominant sides in international cricket and have ruled One-Day International (ODI) cricket for almost two decades now. They are never short of match-winners and have constantly produced the finest players. Australia added another feather to their cap on Sunday after beating West Indies in the Tri-Nation Series 2016 final at Barbados. Since the start of the year 2015, Australia have had a magnificent run in ODIs, they’ve come out hard and won matches convincingly. READ MORE: Videos: Shane Warne inspires Australia to second World Cup title

In the final encounter against West Indies, Australia were under the pump at one stage but bounced back emphatically and gave a testament to their consistency. Batting first, Australia were six men down for a modest score of 173 inside 37 overs. But Matthew Wade stuck to his guns and garnered some priceless runs lower down the order; he was equally supported by the tail. Somehow, Australia posted a healthy total of 270 in their 50 overs and gave their bowlers a fighting chance. READ MORE: 10 sensational Dale Steyn deliveries that makes the jaw drop

Defending 271 is never an easy task by looking at the firepower West Indies possess in their batting. They got off to a good start but lost their way in the middle and Australia were clever enough to pounce on the provided opportunity. Josh Hazlewood ran the West Indian side rampant with his tally of five wickets for 50. He chipped some crucial wickets and was equally supported by Mitchell Marsh who broke the West Indian spine with three wickets to his name. READ MORE: Dale Steyn’s intimidating words to his opponents instigates fear

The latest ODI rankings have Australia at the zenith and rightly so as they have played some good cricket in the recent times. At the start of 2015, they won the CB series after defeating England in the final of the game. They achieved a another milestone by conquering the world for the fifth time as they demolished New Zealand in the ICC World Cup 2015, then came the series victory against Ireland, England and Australia. They only lost one series which was against New Zealand after which they won the Tri-Nation series. They have a well-balanced side and are never out of options.

They have a formidable batting line-up, players who can play spine as well as pace effectively. Steve Smith-led side has some serious firepower with the likes of David Warner, Aaron finch, Glenn Maxwell, Mitchell Marsh and Matthew Wade. Their bowling has all their bases covered with Mitchell Starc and Josh Hazlewood being the tormentors-in-chief. Nathan Coulter-Nile and Mitchell Marsh further strengthen the attack and with the services of Adam Zampa their spin woes have been resolved.  A team like Australia deserve to be at the top. Take a look at their splendid run here: 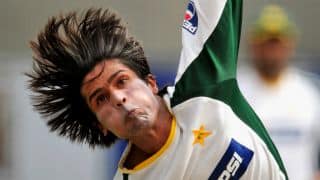