The award was instituted in the year 1991-92 and since then, only two cricketers Sachin Tendulkar and MS Dhoni have gone on to win it

Star Indian batsman Virat Kohli has been the toast of the town for past few months. After a tremendous tour down under, he excelled in the World T20 2016 as well and is currently ruling the run charts in the ninth season of Indian Premier League (IPL). Looking at his exceptional run of late and an overall brilliant year, the BCCI has nominated him for this year’s ‘Rajiv Gandhi Khel Ratna’ award.

The board has also nominated Ajinkya Rahane for the Arjuna award, another prestigious sporting award in the country. The award Kohli has been considered for is the highest sporting honour of India. It is awarded annually by the Ministry of Youth Affairs and Sports, government of India. The recipient, who gets a medallion, a certificate, and cash prize of INR 7.5 lakh, is shortlisted by the committee constituted by the ministry.

The award was instituted in the year 1991-92 and since then, only two cricketers have gone on to win it. Unarguably the greatest cricketer of all time Sachin Tendulkar (1997-98) and the current Indian captain MS Dhoni (2007) are the only two cricketers to have won it. Whether or not Kohli joins their elite company and becomes the third cricketer to win it, only time will tell. For now, check the illustrious list of all the Indian sportspersons who have won this coveted award till date in this infographic below. 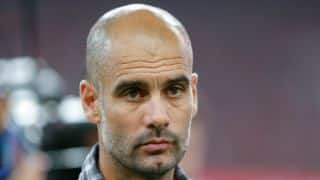