Jacques Rudolph is a former South African cricketer, a left-handed batsman who also bowled occasional leg-spin. He had an impressive start to his Test career as he scored an unbeaten 222 in his debut match against Bangladesh in 2003.

Rudolph got married to Terri-Lee and the couple live a blissful life. Recently Rudolph shared a picture of his pregnant wife on social media along with a sonography image too.

He features for Titans in South Africa and Glamorgan in the English County Cricket Club. In one of his recent outing for Glamorgan in the NatWest T20 Blast, he smashed a career defining century against Gloucestershire and made the headlines. 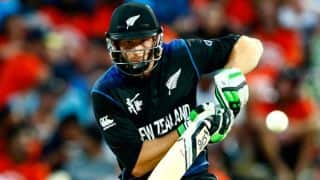