Azhar added a solitary run to his tally while Jadeja played a sparkling knock of 93.

Turn of the millennium was dawn of a new era in Indian cricket. Sachin Tendulkar had just quit the captaincy and Sourav Ganguly had taken over the reins of a struggling team which badly needed a makeover. Ganguly’s captaincy was the best thing to happen to Indian cricket since the beginning of new century. For it was under him that the team developed hunger to win overseas, play fearless cricket and most importantly, play as a single unit. He built the team brick-by-brick and invested in youngsters, who repaid his faith by coming good for the team in the longer run.

But things were not easy for him in the beginning. His very first assignment as leader of the Indian team was marked by the accusations of match-fixing. Two of his team-mates Mohammad Azharuddin and Ajay Jadeja, who were old-guards of the Indian team, subsequently came under the scanner for fixing the matches. They were later banned for life and five years respectively — decisions later overturned — and from there on the real re-building began.

So what was the beginning of the end for these two once pillars of Indian cricket? It was the Asia Cup 2000, where India fared poorly. Title favourites India started their campaign with a bang, beating the hosts Bangladesh in a one-sided affair. Ganguly was the star of the match with an unbeaten 135 in India’s eight wicket win. Azhar also scored a 35 not out in the game while Jadeja did not bat. The next match against Sri Lanka was a disappointing one, as riding on Sanath Jayasuriya’s hundred, the island nation beat India by 71 runs. Azhar’s contribution was three while Jadeja added a mere eight.

The last group match against arch-rivals Pakistan was a do or die for India. A victory would have sailed them through to the final while a loss would have sent them packing. Batting first, Pakistan scored 7 for 295, thanks to Mohammad Yousuf’s (then Yousuf Youhana) unbeaten 100. India’s bowling attack comprising of the likes of T Kumaran and Amit Bhandari was no match to Pakistan’s superior attack including Wasim Akram, Azhar Mahmood and Abdul Razaq. Expectedly, India lost the match by 44 runs. Azhar added a solitary run to his tally while Jadeja played a sparkling knock of 93. Little did the two know that they were playing their last international match for India.

After this game, the match-fixing noose got tighter over the two. Then South African skipper Hansie Cronje had named Azhar as a culprit in his statement. That proved to be the final nail in the duo’s career’s coffin as the two were banned from indulging in any cricket activity. The team went through ha rebuilding phase and saw the likes of Yuvraj Singh, Dinesh Mongia, Mohammad Kaif and VVS Laxman compete for their places. Indian cricket moved on for good. 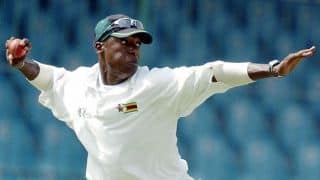 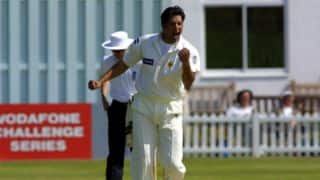