Mohammed Shami only Indian in ICC teams of the year, MS Dhoni misses out for first time in 8 years

Mohammed Shami only Indian in ICC teams of the year, MS Dhoni misses out for first time in 8 years

Dhoni, under whom India have lost a few series off late, is missing from the ODI team for the first time in eight years.

International Cricket Council (ICC) declared its Test and One-Day International (ODI) teams of the year and Mohammed Shami was the only Indian to feature in either of the XIs. The teams that were chosen by a specially appointed selection panel chaired by the ICC’s cricket committee chairman Anil Kumble, don’t feature Indians apart from Shami and Ravichandran Ashwin, who only manages to find place as the 12th man despite doing brilliantly during the concerned period.

India’s limited-overs skipper MS Dhoni is missing from the ODI team for the first time in eight years. His performance in the past one year hasn’t quite been impressive. Also post-World Cup, India have also lost limited-overs series against Bangladesh (1-2) and South Africa; T20I (0-2) and ODI series (2-3), under him. India’s Test skipper Virat Kohli, star batsman in ODIs Rohit Sharma, Shikhar Dhawan and Ajinkya Rahane also miss out from the teams.

Alastair Cook has been named captain of the ICC Test team of the year, while England teammates Joe Root — who is also the 12th man in its ODI team of the year — and Stuart Broad are also included in the line-up. Broad is also included in the ICC’s Test team for the fifth time since 2009. Pakistan are the other team to have three representatives in the Test side, with Yasir Shah, the leading wicket-taker in the qualification period, Younis Khan and wicketkeeper Sarfraz Ahmed all rewarded for their consistent performances. Kane Williamson finds a place in the Test team, but has been surprisingly left out of the ODI side, despite being the leading run-scorer in the concerned period.

Australia captain Steve Smith and New Zealand’s left-arm paceman Trent Boult have been named in both the Test and ODI teams; the latter of them is skippered by charismatic South African batsman AB de Villiers. Mustafizur Rahman becomes the first Bangladesh cricketer to be included in the ICC’s ODI team of the year, thanks to his brilliant debut against India earlier this year. He along with Boult, Shami and Mitchell Starc —  the Player of the Tournament during the 2015 World Cup — makes up the ODI team’s pace attack, while Imran Tahir has been selected as the sole spinner. Kumar Sangakkara, who recently retired from international cricket, has been picked as the ODI team’s wicketkeeper. 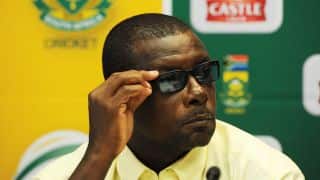