Indian opening batsman Shikhar Dhawan suffered a hairline fracture during India’s opening Test against Sri Lanka at Galle. He scored an excellent century in the first innings before sustaining his injury while fielding. He batted at his usual opening position in the second innings though, and batted well despite a slew of wickets falling around him. India lost that match at Galle after Rangana Herath ripped through the Indian batting order with a spell of 7 for 48. Dhawan was further hampered when he found out that he would have to miss out on the remainder of the series because of his injury. READ: Mohinder Amarnath: Indian batting over-dependent on Virat Kohli and Shikhar Dhawan

“The BCCI medical team has confirmed that opening batsman Shikhar Dhawan has been ruled out of the remaining part of India’s tour of Sri Lanka – 2015. Dhawan had injured his right hand during the first Test at Galle. He underwent further tests that confirmed a hairline fracture in his hand. He would require four to six weeks to recover from the injury,” a BCCI media release said. “Sad to leave my teammates in the middle of the series, but still did my best even with a broken hand. Will bounce back stronger! Rab Rakha,” Dhawan wrote on his twitter handle.” Meanwhile, Team Director Ravi Shastri said, “Shikhar showed a lot of courage at Galle,” Shastri said. “That’s what I look for in a player. It is unfortunate to lose him.” READ: Shikhar Dhawan suffers hairline fracture, ruled out of Sri Lanka tour 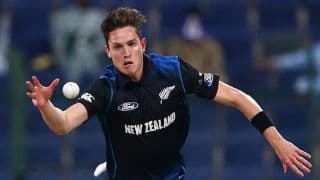 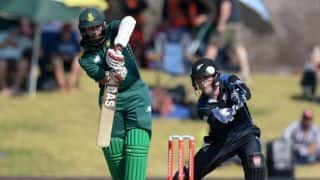