RCB won a close encounter against Gujarat Lions in Qualifier 1 and chiseled their path to the ultimate game while SRH defeated Kolkata Knight Riders first and then GL to make it to this game. Both the teams are well-balanced and with the game being played at Bangalore their batting will play a key role as the surface has a reputation of assisting them. READ MORE: IPL 2016: Cricket fraternity hails David Warner’s match-winning knock against Gujarat Lions in Qualifier 2

RCB have a formidable batting attack with the likes of Chris Gayle, Virat Kohli, AB de Villiers, KL Rahul and Shane Watson. They will bank on their batsmen to bail them out in such crunch situation as each one of them is capable of winning a game single-handedly. Kohli has been in tremendous form as he has already smashed four tons in the tournament so far and the stage is set for the stylish right-handed craftsman to scale newer heights. READ MORE: Video: Poonam Pandey says she loves Virat Kohli with all her heart

Their bowling which earlier looked vulnerable has now started confidence as they have done well in the previous games. Watson, Yuzvendra Chahal, Chris Jordan and Srinath Aravind have put in the hard yards well and will look to come out with another impressive performance here in the final.

SRH have been led well by David Warner as the maverick Australian left-hander has looked unstoppable and played some match-winning innings in the entire tournament. He has been widely reckoned as the ‘one man army’ for his uncanny knack of snatching implausible victories from imminent jaws of defeat as he famously did it in their Qualifier 2 against GL.

Yuvraj Singh has looked good in the middle and his return to form has strengthened their batting. They have some potent domestic talent in the form of Naman Ojha, Deepak Hooda, Bipul Sharma and Barinder Sran as they now have a golden chance to grab massive attention. Their bowling looks a bit weak without Ashish Nehra and the bad news is that Mustafizur Rahman too missed his last game but is expected to play the big encounter.

Expect a run-fest when these giants lock horns with each other as Bangalore is all set to witness a breathtaking encounter and the tournament will this time see a new winner. Take a look at their probable XI and how they weigh against each other here: 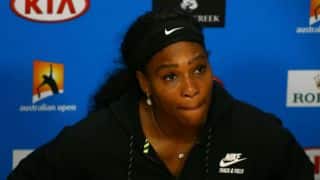