Mashoom is a swimsuit model who later became a wine entrepreneur.

Mashoom is a swimsuit model who later became a wine entrepreneur. She featured in a swimsuit calendar shoot for Kingfisher on Kangaroo Island back in 2005.

They first met at a function during the 2010 edition of the Indian Premier League (IPL). The 31-year-old speedster plays for Rajasthan Royals in the IPL.

Tait, the Bradman Young Cricketer of the Year in 2003-04 has played in 35 One-Day Internationals (ODI), 3 Tests and 19 T20Is for Australia. His last appearance for Australia was in the quarterfinal match against India in the 2011 ICC World Cup. 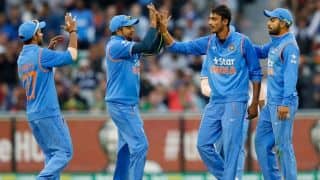