On this day, in 2000, Ganguly led India in a Test for the very first time and after eight years, on November 10, 2008, marked his last day as an international cricketer.

The date November 10 is bound to be a special date in Sourav Ganguly s life. On this day, in 2000, he led India in a Test for the very first time and later went on to become an architect of Indian cricket, leading the side to many memorable victories. However eight years later i.e. in 2008, the date November 10, marked his last day as an international cricketer.

India were playing Australia in the fourth Test at Nagpur and won it on the fifth day. Ganguly, who had scored 85 in the first innings, scored a golden duck in the second. India still managed to set a target of 382 and Australia were bowled out for 209. In the final moments of the match, Indian captain MS Dhoni in a wonderful gesture asked Ganguly to lead the side.

There were memorable scenes after India s victory and Ganguly was carried on his teammate s shoulders for a victory lap. In the above picture, we see Ganguly throwing his jersey towards the passionate fans reminding them of the famous Lord s balcony celebration of 2002. It was end of Ganguly s glorious international career, which saw him play 113 Tests, scoring 7212 runs at 42.17. Adding to that is his 11,363 One-Day International (ODI) runs. Undoubtedly, India s best left-handed batsman, Ganguly will be more remembered as one of the best captains to have ever led India. 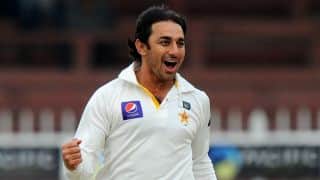 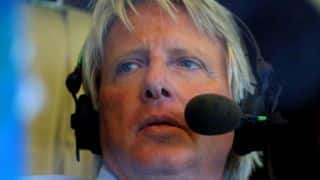