The baton may have passed but friendship remains intact

The baton may have passed but friendship remains intact

The roles have changed now. West Indies selectors have dropped Darren Sammy from the T20I side, despite his good showings in the Caribbean Premier League (CPL) and Carlos Brathwaite has been named the captain.

It was one of the closest World Cup finals. When the last over started, it seemed England had the upper hand. Carlos Brathwaite then went on to be a household name when he struck four consecutive sixes in the final over to hand Darren Sammy his second ICC World T20 Trophy.

Now the roles have changed. In a harsh call from West Indies selectors, the men who make the final call have decided to drop Sammy from the T20I side, despite his good showings in the Caribbean Premier League (CPL) and Brathwaite has been named the captain.

The move was heavily criticised by fans all over the world and led to protests in Sammy’s home country, St Lucia. The decision may be a baffling one but Sammy continues to enjoy great camaraderie with the new West Indies T20I skipper. ALSO READ: Carlos Brathwaite named West Indies T20I captain; Twitter reacts

On Tuesday, Sammy shared a picture of him partying with Brathwaite and captioned it, “When Former met Current at #Party47..Take care of my ship Captain @ricky.26 one love respect brother.”

When Former met Current at #Party47..Take care of my ship Captain @ricky.26 one love respect brother

Few of the West Indian cricketers got together to cheer for their fellow Carribean mate Usain Bolt, who went on to win another gold at Rio Olympics.

The 28-year-old Barbadian is currently a part of the West Indian Test side that is struggling against the visiting India. His first assignment will be to lead West Indies’ star-studded T20I side in two T20Is at Florida, later this month. Brathwaite was the part of the side that beat India in the World T20 semi-final at Mumbai. 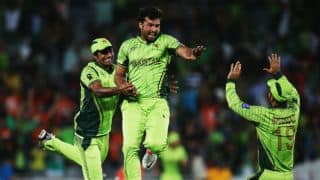 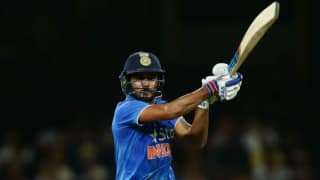