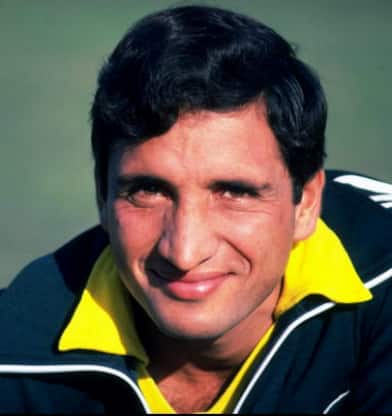 Abdul Qadir bowled leg-breaks in the 1980s, a decade dominated by some of the greatest of fast bowlers. Thanks to the advent of limited-overs cricket, spinners were reduced to bowling to defensive lines and field placements, trying to prevent batsmen from scoring runs.

Qadir represented the mystique of The East to the untrained eyes of the west. Thousands of youngsters in the 1980s tried to imitate his extremely quirky bowling action (he would later call it ‘artificial’). When Pakistan went to England in 1982, Imran Khan insisted Qadir grew a goatee to add to the ‘wizard’ element.

Qadir had it all — the massive leg-break, the deceptive googly, and a vicious flipper, insatiable stamina, and to top it all, that uncanny ability to read batsmen. Unfortunately, containment never appealed to him, and when things did not go his way, he refused to go on the defensive, leaking runs in the process. The Indians especially played him with ease, and his 27 wickets against them came at 52.

And then there was that marathon Oval Test of 1987, where he bowled 97.4 overs in the Test after Imran broke down with an injury and Wasim Akram had to undergo an emergency appendicitis surgery during the Test. England followed-on, which meant Qadir had no break, and he still took 10 out of the 14 wickets England lost.

As a result Qadir’s numbers do not make pleasant readings; his 236 wickets came at 33, numbers far from outstanding. Somewhat counter-intuitively, his 132 ODI wickets came at 26. Qadir never played an ODI before the 1983 World Cup. He announced himself with 12 wickets at 22. In 1987 he took 12 more, this time at 20.

Qadir was appointed as Chairman of National Selectors in 2009. He resigned after fallout with the coach and the manager.

His brother Ali Bahadur and his four sons have all played First-Class cricket. His daughter Noor is married to Umar Akmal.

He was awarded Pride of Performance by Pakistan, Life Achievement Gold Medal Award by PCB, Lifetime Membership of MCC, and Ryder Medal in Australia — all of which feature on his business card.

He currently runs the Abdul Qadir International Cricket Academy after turning down coaching offers from England, Australia, and South Africa, who offered him a blank cheque. The logic was simple: “I’m because of Pakistan. Pakistan is not because of me.”

He later groomed Mushtaq Ahmed (who replaced him in the Test side), Danish Kaneria, and Imran Tahir. More significantly, he inspired a certain Shane Warne to take to leg-spin. An entire generation of leg-spinners — Anil Kumble, Warne, Mushtaq, Paul Strang, and Stuart MacGill — followed Qadir’s footsteps to pursue the art in the 1990s, making sure spin bowling did not die out.