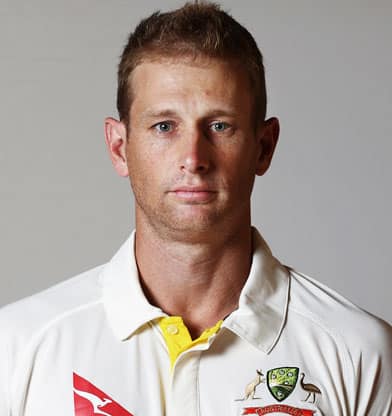 Adam Voges’ retirement in February 2017 left cricket statisticians and quizmasters across the world salivating in anticipation, for his Test batting average of 61.87 is the second-best in history if one puts a 20-Test cut-off. In fact, it had gone past 97 after his 14th Test.

All this happened after he made his debut at 35 years 242 days and became the oldest cricketer to score a hundred on Test debut. In fact, he rose so quickly that when Australia named him vice-captain on the 2015 tour to Bangladesh; unfortunately, it had to be called off.

He made his debut after having a phenomenal 2014-15, when he was named Player of the Year. That season he smashed 1,358 runs at 104. Only three men have scored more runs in a single edition of Sheffield Shield, and none of them had a three-figure average.

Against West Indies his run of scores reads a surreal 130*, 37, 269*, and 106*, which gave him an aggregate of 542 with a single dismissal. Put a 500-run cut-off, and nobody comes remotely close to his 542 when it comes to batting average against a single side. That unbeaten 269 was the highest Test score at Hobart as well as the highest by an Australian against West Indies.

His other big success was New Zealand, against whom his 594 runs came at 99; that included a hundred at Perth and a double-hundred at Wellington.

A deceptively quick scorer, Voges averaged 46 in both ODIs and T20Is, both at excellent strike rates. In 2004-05, his maiden season, he had slammed a 62-ball 100 not out against New South Wales — at that point the fastest hundred in limited-overs cricket on Australian soil. During the innings he managed to hit a (rather small) ING sign, earning A$50,000 with a single shot. After franchise-based T20 cricket took off across the world, Voges played for teams in four countries.

Also a splendid fielder, he pulled off one of those viral-on-YouTube catches to dismiss Brendon McCullum in 2008-09.

He was hit by a bouncer from Cameron Stevenson in the summer of 2016-17, suffered from concussion, and took no further part in the match. Peter Handscomb replaced him the Test side, had a successful debut, and Voges never played international cricket again. Earlier in 2016 Voges was hit on the head by a casual throw by Ollie Rayner during a match against Hampshire.

Voges currently leads Middlesex (though he had started his county career for Nottinghamshire), Western Australia, and Perth Scorchers. In his self-admitted last appearance against an international side, Voges slammed a 31-ball 54 not out against the touring Sri Lankans of 2016-17 in a T20 match.

And amidst a short but successful international career, Voges had opted out of the 2008-09 tour of South Africa — to get married.