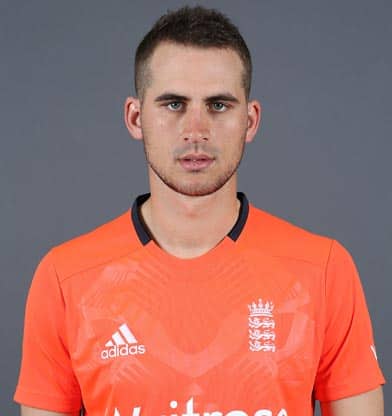 Sport definitely runs in the genes of Alex Hales. His grandfather Dennis had won a set against Rod Laver in the 1956 Wimbledon before going down 3-1. Alex’s father Gary was a champion in League cricket. It was only expected that he would be a sportsperson at some point of time.

Hales became a nationwide sensation in 2005, when he was a 16-year-old at Chesham High School. In a little-followed match for WG Grace’s XI in the Nursery Ground at Lord’s. With 77 to chase from the last 2 overs, Hales launched a furious onslaught, taking 55 off the penultimate over (52, technically, since it included 3 no-balls; there were 8 sixes and “a four which fell just short of the boundary”). He hit 3 more sixes in the next over, off Test cricketer Min Patel, to win the match.

Shortly before that he had made it to the final 16 in the nationwide Cricket Idol Competition — as a fast bowler. Hales soon earned a Nottinghamshire contract, and earned a reputation for being a furious hitter.

Hales debuted for England in T20Is in 2011, smashing a 48-ball 62* in his second match. The next year he slammed 99 against West Indies, missing out on becoming the first Englishman to score a T20I hundred. He got there in the 2014 World T20 against Sri Lanka.

With England revamping their limited-overs sides after their untimely exit from the 2015 World Cup, Hales grabbed the opportunity with both hands, not only scoring runs, but getting them quickly, forming a dangerous opening pair with Jason Roy.

He led the way when England amassed a world record 444 for 3 against Pakistan at Trent Bridge in 2016. He scored a 122-ball 171, breaking Robin Smith’s 23-year-old record of the highest ODI record by an Englishman.

Those sixes hit as a schoolboy were no fluke. In 2015 he would hit sixes off 6 consecutive balls he faced — three from Boyd Rankin, three from Ateeq Javid — against Warwickshire in the NatWest T20 blast of 2015.

His success in limited-overs cricket earned him a spot at the top of England’s batting-order as one of Alastair Cook’s numerous opening partners. He did score a gritty 60 at Cape Town and 3 scores in excess of 80 in 5 innings against Sri Lanka at home, but faded out thereafter.