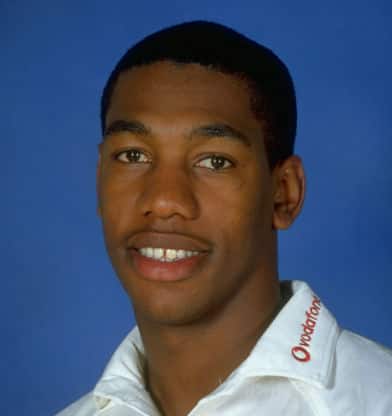 Andrew Flintoff hit him for 6,4,4,4,4,6,6 … and the two no-balls were docked for two runs apiece under the rules. Thus Alex Tudor gave away 38 runs in the over during the Surrey-Lancashire match at Old Trafford.

But young Tudor came back strong. In 1998 he was awarded the NBC Denis Compton Award. By the end of the season, he was on the flight to Australia as a part of the England Ashes side. His fast bowling skills were preferred to Andy Caddick, a decision that did not amuse everyone. He bowled with a lot of heart to capture four wickets in the first innings of his Test debut. And he also batted with great determination.

In the summer that followed, Tudor did not succeed with the ball against New Zealand. However, he hit 99 not out as night-watchman, remaining one short of his hundred as England chased down the target. It was the highest ever knock by an English night-watchman and the Cricket Writers’ Club awarded him the Young Cricketer of the Year award. His batting was good enough to result in two First-Class hundreds.

But this early success was followed by a long string of frustrating injury related problems.

His moments of glory came at Trent Bridge against Australia in 2001, when he captured 5 for 44. His 7 wickets against Sri Lanka at Old Trafford earned him the Man of the Match award. However, when called upon as a last-minute replacement for the England squad for the 2002-03 Ashes tour, he was felled by a Brett Lee bouncer. He left the Test arena for the last time on a stretcher.

Injuries continued to bother him on his return, and for a while he played for the Surrey Second XI as a specialist batsman. Later he spent a few mediocre seasons for Essex before returning to Surrey. However, for an all-round performer of much promise, his career ended in relative obscurity.