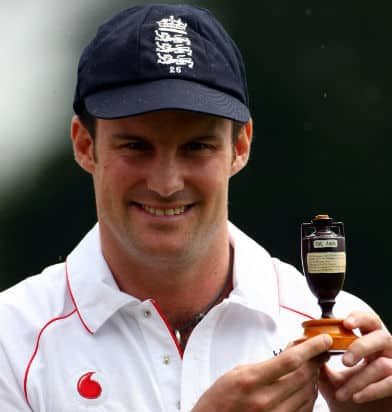 As an opening batsman Strauss was more efficient than sparkling. He cut hard and was apt to put away anything on his pads, but despite being a left-hander, his game did not have the attractive elegance associated with the southpaws. Yet, he scored over 7,000 runs for England at an average of over 40. His debut scores of 112 and 83 against New Zealand at Lord’s could easily have been two hundreds, had Nasser Hussain not run him out. Two hundreds in the epochal 2005 Ashes series and two more in the same Test in Chennai in 2009 underlined his abilities as a fighting batsman. The other highlight was a marathon 177 in Napier, his career-best, which helped him roar back to form after an unusually barren period.

Strauss was also more successful in ODIs than it met the eye. While 4,205 runs at 35.63 do not sound much, Strauss became the first Englishman to cross the 150-mark thrice in ODIs.

However, it was as captain that Strauss will be remembered.  Leading England in 50 of the exactly 100 Tests he played, he won 24, thus ending as one of the most successful captains ever. With a 20-match cut-off, he ranks after Mike Brearley, Len Hutton, Ray Illingworth and Michael Vaughan. The success stories included two Ashes triumphs, in 2009 and 2010-11, two home series wins against Pakistan and a 4-0 whitewash of India. The win against India made England the No. 1 ranked Test team in 2011, the first time they had managed it in 31 years.

It was a tad unfortunate that his career ended with the 0-2 defeat to South Africa, which also witnessed one of the worst incidents of controversy surrounding Kevin Pietersen.