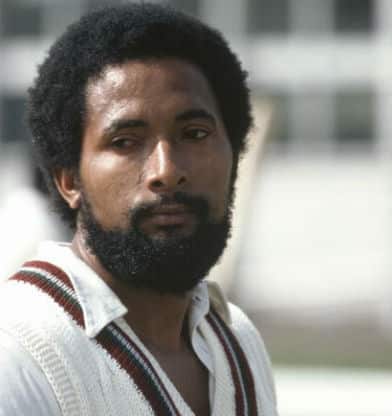 He was the pioneer, the undisputed leader of the pack — a pack such as the world has never seen before or since. A pack that roared in a chorus of fours, and terrorised and conquered the world. He was the first of the many men who ran up to the wicket for the great West Indies team and pulverised batsmen around the world with pace like fire.

The pool of talent was enormous. There followed Michael Holding, Colin Croft, Wayne Daniel, Joel Garner, Malcolm Marshall — and further down the line Courtney Walsh, Ian Bishop and Curtly Ambrose. Among all of them, Andy Roberts remained the trendsetter. In all the 47 Tests he played, he shared the new ball. In all but eight, he bowled the first over. Even among the immense treasure trove of riches, he stood out as a special gem.

He was a trendsetter in other ways as well. Before him, not many had heard of Antigua, certainly not the cricketing fraternity. There had been no Test player from the tiny island. Roberts was the first, closely followed by Viv Richards. And then they came one after the other — Eldine Baptiste, Richie Richardson, Winston Benjamin, Kenny Benjamin, Curtly Ambrose and Ridley Jacobs.

He used to walk back to his mark, the eyes cold and calculating, the face expressionless and half hidden behind the beard, the shoulders hunched and alert, the mien brooding and ruthless. Then he would turn and rush in, building up his speed along the way, exploding as he reached the crease. His arm would come over, at right angles to his torso, but would reach a height as his shoulder dipped. He would glide along his right toecap and hit the crease with his full weight. And then the leather would streak out of his hand in a blur of red, zooming towards the batsman at a rate rarely matched by any man. The natural movement would be from off to leg, but sometimes the away swing would flummox the best.

And often the ball would lift — steep and disconcertingly, putting the batsmen in immense physical peril. To make life miserable and endangered, the bouncer had two variations. The slower encouraging the hook, lulling the men into a false sense of security. The other rushing through with violent force, often crashing into the body, sometimes the face, and always resulting in a thud against the heart.

Many a time a batsman lost his wicket, often a stump or two, and not infrequently blood and teeth (ask Peter Toohey). The reaction would remain the same. Whether the catch was held at slip, or the woodwork went for a cartwheeling saunter, or the ball crashed into the face rearranging the features forever, Andy Roberts would peer at the result of his handiwork, mull over it behind his expressionless face and walk back to his bowling mark.

Always a lethal, laconic and menacing Silent Assassin, with a chilling lack of animation, while he went about capturing his 202 wickets.