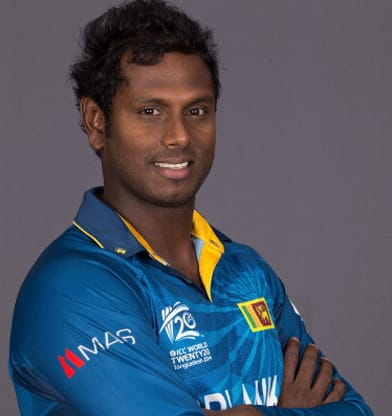 It will not be an exaggeration to call Angelo Mathews the most improved Sri Lankan cricketer of his generation. Having started his career as an innocuous all-rounder, Mathews took giant strides in the world of cricket once he took over the helm. His ascent reached its peak in 2014, when he scored 2,530 runs at a whopping 61.70 across formats, finishing only next to Kumar Sangakkara.

For a man whose average languished below 40 after 26 Tests, it was a phenomenal achievement to take it beyond the 50-mark after 16 more. Even in ODIs, the average that used to hover around the 30-mark in 40 matches, has now moved above 40.

Mathews made his ODI debut in 2008-09 and earned a Test cap eight months later. His most memorable performance, of course, came against England at Headingley, where — as captain — he scored 160 and claimed 4 for 44 to lead Sri Lanka to a historic win. This came after 102 in the previous Test at Lord’s. He also masterminded two sensational ODI chases, against Australia at MCG and against Pakistan at Premadasa.

Persistent injuries kept him in and out of the side, but Mathews did return on time to lead Sri Lanka to a 3-0 whitewash over Australia at home in 2016. Unfortunately, Sri Lanka received a 0-3 drubbing in South Africa soon afterwards, and Mathews suffered further injuries.

Mathews is gifted with the rare ability to pace his innings, switching between first and fifth gears with seamless ease. An accurate fast-medium bowler who extracts deceptive bounce, an athletic fielder who can brighten up the field, and an astute captain who commands respect even from his senior teammates, Mathews is one of the most valuable players in his team.