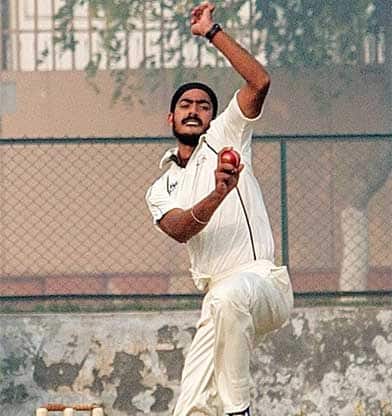 Anureet Singh has been an important part of the Railways setup since his debut in 2008-09. That year he picked up 20 wickets in five games and then won a contract with the Kolkata Knight Riders for IPL 2009 in South Africa. Anureet featured in a few games in the IPL, before going off radar.

However, he came back into limelight in 2013-14, when he scalped 45 wickets with five five-fors in nine First-Class games during the Indian domestic season. Called up for the Rest of India side in 2014 to face Karnataka at Bangalore, he played ahead of India fast-bowler Varun Aaron. Anureet was thereafter picked for the Kings XI Punjab.

Anureet isn’t express and relies on discipline to get his wickets. Though he is not express (he seldom reaches the 130 kmph-mark) he more than makes up for it with his impeccable line and length. In 2014, he was picked for India A to tour Australia, where he played a First-Class game against their A-side.