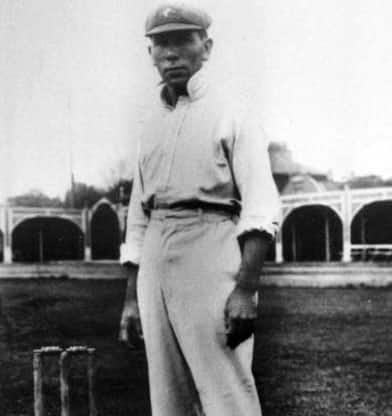 He was a fascinating man.

According to RC Robertson-Glasgow, Mailey had “something of Huckleberry Finn about him”, stopping along the high roads of adventure quite often to exchange laughter and lend a helping hand.

Mailey was a remarkable leg-spinner. He turned the ball — by huge degrees. He tossed it up as an experiment in the science of spin, with disdain for the probable hits for boundaries and beyond. “It is for the medium pacers to keep the runs down, I am here to take wickets,” he used to say. He possessed a googly that troubled, among others, Victor Trumper, Jack Hobbs and Don Bradman. And yet, he approached his task with accuracy sacrificed in pursuit of turn and flight. His famed words echoed in his actions on the field: “I’d rather spin and see a ball hit for four, than bowl a batsman with a straight one.” He added, “If I bowl a maiden over, it’s not my fault but the batsman’s.”

Some of the looping deliveries ended up as full-tosses, but even they got wickets — Hobbs fell to them twice in Test matches. Mailey gave the batsman all the time in the world to come out of the crease and gorge himself, and it carried the caveat of increased chances of demise.

Later he became a writer of wit and wisdom, a cartoonist, a painter and a raconteur as none other, and lived his life to the fullest. Quite something for a man who was born in the slums of Zetland, “the excretion of Sydney”.

According to legends, during his days as a Water Board labourer, he was bowling against the toilet block wall when a homeless man approached him. It was from this scrounger that Mailey learnt the art of the googly.

Making his debut at 32 after the First World War had interfered, Mailey went on to play 21 Tests, capturing 99 wickets at 33.91. Among highlights were his 13 wickets at Melbourne against Johnny Douglas's men, including nine in the second innings. And then there was the feat of 28-4-66-10 against Gloucestershire in 1921. This prompted the name of his brilliant autobiography, 10 for 66 and All That.

But success did not really matter to him. When a catch was dropped he used to chirp, “Don't worry, I am expecting a wicket any day now.” When Victoria scored that famous 1107, Mailey finished with 4 for 362 from 64 overs. According to him: “The figures would have been a lot better had three sitters not been dropped off my bowling, two by a man in the pavilion wearing a bowler hat.”

After retirement, he worked as a journalist.

He continued writing, drawing, painting and organising cricket tours all his life. Finally, he settled down in a Sydney Beach, and ran a mixed business at Burraneer Bay, enjoying his writing, painting in oils, fishing and golf. His general store included butchery. Over the counter hung a notice “I bowled tripe, I wrote tripe and now I sell tripe.”