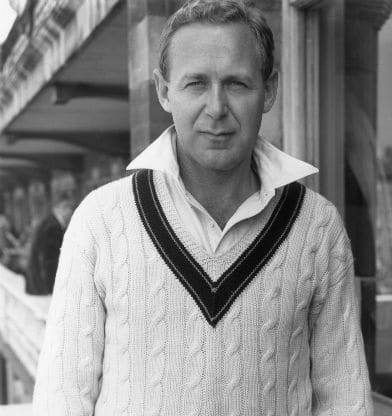 Not too many men can claim to have overshadowed Don Bradman in a Test series. Arthur Morris can.

During the farewell series of The Don, the master was cheered by the thousands who had queued up to watch his final appearance. And he did not disappoint. The duck in the last innings stopped his career average from spilling across the hundred run mark. But, Bradman did get 508 runs in the five Tests at an average of 72.57.

Yet Morris, with his penchant for back-foot strokes, did even better. The left-handed opening batsman finished the series with 696 at 87.00 with three superlative centuries despite being pitted against Alec Bedser, his arch nemesis.

Years later, while lunching with a business associate, Morris remarked that he had watched Bradman’s last innings duck from the other end. His companion was surprised to know that Morris had been there at all, let alone as the non-striker. Morris, incidentally, had scored 196 in that innings. It had been cruelly overshadowed by Bradman’s zero.

During that tour and later, Bradman was effusive in his praise of the young man. In Farewell to Cricket he devoted several pages to Morris, marking him out as the greatest batsman of the new generation. Morris also found a mention in Bradman’s all-time World XI as the opening partner of Barry Richards.

The great man had watched him closely, sometimes for hours, from the other end. At Headingley, set 404 to win, Bradman and Morris had added 301 for the second wicket. Morris had scored his hundred with as many as 20 hits to the fence. The initiative had been wrested, paving the way for an Australian win by a huge margin of seven wickets. On achieving the incredible victory, Morris did not pause to celebrate. With Ian Johnson for company, he hopped on a train to London to watch the opening ceremony of the Olympics.

His final figures read 3,533 runs from 46 Tests at an average of 46.48 with 12 centuries. After the peaks reached in England in 1948, and standing on the brink of greatness during the South African summer that followed, his career spiralled downwards somewhat. His last 27 Tests brought him 1,703 runs at a lowly 34.75 with just three hundreds. However, his class was never in doubt.

History still rates him as one of the best left-handed batsmen ever produced by Australia — alongside Clem Hill, Neil Harvey, Allan Border and Michael Hussey. Elegant and aggressive, he was particularly noted for his back-foot play — pulling and hooking fearlessly.

Ray Robinson wrote, “no other post-War batsman has rivalled his smashing counter-attacks on bowling swift enough to give the toughest team the tremors…A menacing bouncer colliding with Morris’ bat was like a rocky fist against an iron jaw.” Once, during a Sheffield Shield match, Keith Miller had bowled him five consecutive bouncers. Morris had hooked four boundaries before playing a jump and smash towards long-on for three off the last one.