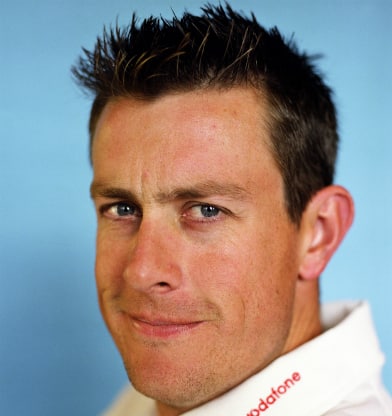 The average is in the 40s, and the strike rate in the mid-80s. But Ashley Giles was a valuable player in an English side that was desperately trying to put the horrid 1990s behind and get into a groove for winning.

Often criticised for his action, and frequently for his lack of effectiveness, Giles continued to wheel in with his curious flurry of an action. And after pondering over the retirement issue in 2003-04, he claimed 9 wickets apiece in back-to back-Tests against West Indies to put England 2-up in the series. His 22 wickets in the series as well as the handy 52 at The Oval were instrumental in the 4-0 series triumph.

Yes, he could bat as well. His 59 runs at The Oval, and the 109 he added with Kevin Pietersen in that innings, went a long way in ensuring the historic Ashes victory of 2005. He averaged almost 21 in Test cricket, and that is testimony enough for his abilities as a batsman. He did score 3 First-Class
hundreds.

Before these, he had had his share of successes, but they had been fleeting and infrequent. Getting Inzamam-ul-Haq with a spitting spinner at Karachi, or tying Sachin Tendulkar down at Bangalore with a negative leg-stump line before getting him stumped — the only time in the maestro’s career — were some highlights.

Injuries did play a part in derailing his career, and later the rise of Monty Panesar. But Giles did manage 54  Tests and 62 ODIs for the country. The numbers at the end of his career were not impressive. Indeed, Ted Peate, Bobby Peel, Johnny Briggs, Wilfred Rhodes, Colin Blythe Hedley Verity, Tony Lock, Johnny Wardle, Derek Underwood et al form a roll call of greats that constitute the body of English left arm spinners. Giles will never be mentioned in the same breath.

However, 143 wickets is an impressive haul. And Giles later served the side as selector and coach with
reasonable success.