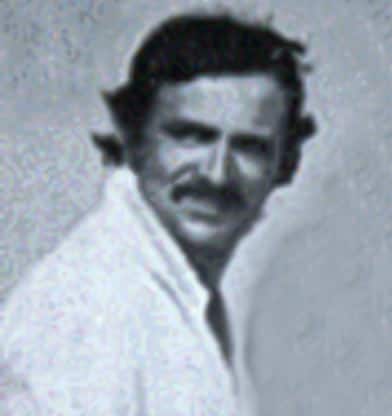 Even if he did nothing else, Ashok Mankad’s First-Class numbers — 12,980 runs at 51 — would have been enough to mark him out as a domestic stalwart. Batting, however, was not his primary suit: contemporaries still consider Mankad the greatest captain India has produced, often referring to him as the Mike Brearley of India.

He would place Ghulam Parkar — the pittu champion with amazingly accurate flat throws — in deceptively faraway zones on the field. He unearthed Sandeep Patil as a containing bowler. He was a constant support to Padmakar Shivalkar, giving him complete support with field placements, making him emerge as a champion. His shuffling of batting-orders to counter spinners was legendary.

Like Brearley, Mankad, too, was an excellent reader of men, grooming youngsters like Parthasarathy Sharma, Raju Kulkarni, and Chandrakant Pandit. His terrific sense of humour (as well as his infinite trove of anecdotes and mimicry skills) helped his cause, for it is not often that the captain is the most popular man in the dressing-room.

Unfortunately, the supreme strategist never got to lead India, for he, just like Brearley, never delivered with bat at the highest level. A tally of 991 runs at 25 hardly qualifies as world-class. Unfortunately, unlike England, India never invested in a strategist who would turn matches around with 10 men at his disposal.

He did start off well. In his second series, against Australia at home, he went past 60 four times in five innings. When India won in Queen’s Park Oval, Mankad, opening batting, contributed with 44 and 29, adding 68 and 74 with debutant Sunil Gavaskar. He followed this with 40 and 53* in the next Test at Bourda.

His only ODI, at The Oval in 1974, was a queer one. India went in with three seamers (all all-rounders; Madan Lal batted at No. 11) and picked Gopal Bose as the only spinner. Mankad, for some reason playing as a bowling all-rounder (he would take 72 wickets in his 218-match First-Class career), top-scored with 44, and later got Mike Denness.

Nicknamed Kaka (he was a huge fan of actor Rajesh Khanna, of the same nickname), he did something near-unthinkable: he managed to emerge out of the giant shadows of Vinoo Mankad. His brothers Rahul and Atul also played First-Class cricket.

He married Asian tennis champion Nirupama Vasanth, who also participated in Wimbledon. His two sons Mihir and Harsh are both tennis players, the latter having played Davis Cup.

Ashok Mankad passed away at 2008. He was only 61. Seldom has a cricketer been as mourned.