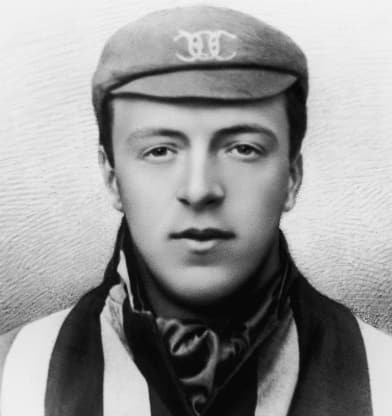 The inventor of the googly, Bosanquet was a fantastic all-rounder who started as a hard-hitting batsman and medium paced bowler.

Proceeding from Eton to Oxford Bosanquet had been an all-rounder, a fast bowler and a batsman. He also excelled in hammer-throwing and billiards. At Eton he was coached by the famous Surrey professionals Maurice Read and William Brockwell. In 1896, he was selected for the school side against Harrow at Lord’s and scored 120. At Oxford he was a useful bowler, medium to fast, and batted with a free swing of the bat.

Having grown tired of bowling fast on flat pitches under a merciless sun, Bosanquet opted for the method of walking slowly up to the wicket and gently propelling the ball into the air.

It took him as many as three years to bowl a googly in a county game after he had stumbled upon its mysteries. In 1897, he had been fascinated by the ball which “is merely a ball with an ordinary break produced by an extraordinary method.” He was playing ‘twist-twosti’ at Oxford. The objective of this parlour game was to spin a tennis ball past one’s opponent who sits at the other end of the table. Suddenly, Bosanquet’s over-the-wrist action had sent the ball bouncing past his amazed adversary, breaking from right to left.

Within a couple of years, Bosanquet was bowling his novel delivery at the nets at Oxford. It amused him and his teammates and flummoxed visiting batsmen who came down for a hit. But, it was only in the Middlesex-Leicestershire match of 1900 that he finally summoned up the nerve to send one down during an official game. And he did get Samuel Coe stumped at 98.

In 1902-03, Lord Hawke’s team travelled down to New Zealand and Bosanquet was one of the merry men on the voyage. Hs googlies made an immediate impression, especially in the second of the three matches in Australia, when Victor Trumper was bowled by one of his wrong ’uns. The delivery, till now called Bosie, became known as the googly. The origin of the word remains uncertain.

And then in 1903-04 tour under Plum Warner, Bosanquet bowled his googlies to ensure an Ashes triumph with 6 for 51 in Sydney. He also had his final hurrah when Australia came down to England in 1905 and he dismissed 8 batsmen for 107 at Nottingham.

His greatest contribution was perhaps in 1903. That summer, Bosanquet achieved his only double of 1,000 runs and 100 wickets, including 5 wickets and 141 against Yorkshire. However, more importantly, he handed over his legacy. Playing for MCC at Lord’s, Bosanquet ran through the visiting South Africans with 9 for 107. Watching him closely was his acquaintance Reggie Schwarz. A handsome, modest man with a particularly pleasing voice, Schwarz had won three caps as a halfback for the England XV and played a while for Middlesex before taking up a position as secretary to the Transvaal financier Sir Abe Bailey. At Lord’s, he was one of the four South Africans to be stumped off Bosanquet.

Three weeks later, Bosanquet came across the South Africans once again while playing for Middlesex. He hit 110 in 85 minutes in the first innings, 44 in the second and bowled Louis Tancred and Jimmy Sinclair. Schwarz picked up 5 for 48 in the second innings and the match ended in a tie. More importantly, googly had found another established practitioner.

By the time England went to South Africa in 1905-06, there were four googly bowlers in the team, Schwarz having taught the art to Aubrey Faulkner, Bertie Vogler and Gordon White. Against their combined skill on the South African matting wickets, England were beaten in 4 of the 5 Tests. The art of the googly had been passed on and the flame would remain burning brightly.