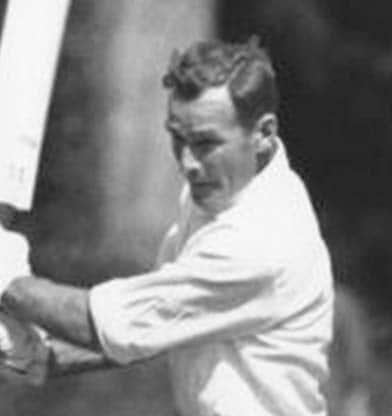 Fair-haired, good-looking, flashing blade and audacious hook shots: Bert Sutcliffe was a heroic figure for New Zealand cricket much through the late 1940s, the 1950s and for a while during his triumphant comeback in the mid-1960s.

A left-handed batsman who combined workmanlike run-making with graceful and often fierce strokeplay, Sutcliffe started his career in the company of Kiwi stalwarts like Martin Donnelly and Walter Hadlee, among others. The merry 49-ers, who toured England in 1949, was a spectacularly strong side that lost just one of their 32 First-Class games, winning 13 and drawing 18. Sutcliffe blazed through the summer scoring 2,627 runs at 59.70, including his first Test hundred.

However, from then onwards, many of the old brigade retired and went downhill and Sutcliffe, along with fellow New Zealand great John Reid, were left to wage single handed battles for most of his career. The class and effectiveness even led Don Bradman to label him one of the best left-handers of the world, but the tragedy was that his 42 Tests did not witness a Kiwi win.

There were plenty of heroics, however. The most poignant moment came at Ellis Park, 1953, when he was felled by a ball from Neil Adcock, losing consciousness on the ground and again at the hospital. However, he returned to the wicket with his head swathed in bandages and struck 7 sixes in a valiant unbeaten 80, which remains perhaps the bravest innings of all time.

A tour of Pakistan and India, while getting him a century at Hyderabad and an amazing 230 over 9 hours at Delhi, including a 222-run partnership with John Reid, nevertheless reduced him to a bag of skin and bones when he returned to New Zealand. Thus he missed the first ever New Zealand win in Tests, listening to the commentary while sitting in his sports-goods store.

With time he did recover and resume his Test career, but in 1958-59 retired from international cricket with growing pressures to support his wife and three kids compounded by the failure of his business. However, he kept scoring runs in the domestic tournaments, and when his financial situation became steadier in the mid-1960s, he answered the call of the selectors and travelled to the subcontinent again, at 41.

That tour saw a masterly unbeaten 151 at Eden Gardens, and a rollicking 163-run association with debutant Bruce Taylor. He did call it a day after a solitary Test in England, but not before another final act of heroism. Ducking into a short ball from Fred Trueman, he was forced to retire hurt in the first innings, but returned in the second to score a spirited half-century.

During a long First-Class career that saw Sutcliffe score over 17,000 runs and 44 centuries, he registered knocks of 355 and 385, both the then highest by a Kiwi batsman, and the latter highest by a left-handed batsman at that time. After his first retirement, Sutcliffe once accepted the challenge of a local farmer and hit a century before lunch to win a bet of fifty quid. He was also a splendid fielder anywhere on the ground.

However, he will be remembered for essaying perhaps the bravest innings of all time.