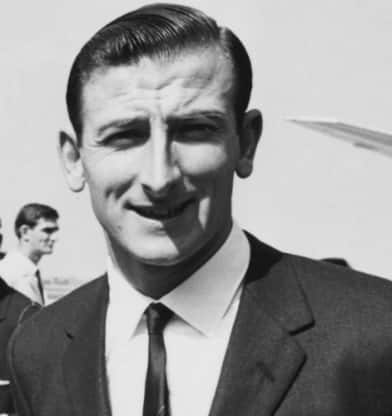 Bill Lawry batted 123 times in Test cricket and opened in every single one of them. An old-fashioned opener who believed in grinding oppositions down, Lawry could bat for hours. So immobile could he be at times that Ian Woolridge called him “a corpse with pads on”.

So ubiquitous was his grim-faced, long-nosed presence at the top of the batting line-up that bottle openers are sometimes referred to as Bill Lawrys in Australia even today.

He carried his bat in an innings twice: at Delhi in 1969-70 he scored 49 on a rank turner against Bishan Bedi and EAS Prasanna when nobody else went past 15 as Australia collapsed to 107; and the following season he got 60 out of 116 at Sydney, where only one other man crossed 6.

He hated getting out. He confessed he would be “looking for some excuse to continue” when asked what he would do if all three stumps were uprooted. Lawry was as much an embodiment of pluck, determination, and courage as anyone in history. He batted with a crouched stance, cut out any semblance of risk, and thrived on nudges and pushes towards leg, pouncing upon anything pitched even marginally short.

He led the same way, eliminating any risk from the sport. He refused to declare despite a 340-run lead against West Indies at Sydney in 1968-69. He eventually set 735, since Australia were already 2-1 up in the series.

Later, England set Australia 471 in 500 minutes at Adelaide in 1970-71. Australia were trailing 0-1. The logical approach would have been to go for it, but Lawry had none of it: they finished on 328 for 3. He never played another Test.

Contrary to existing myths, Lawry earned the nickname ‘Phantom’ when Victoria manager Len Maddocks asked him to get refreshments from a railway counter, and Lawry, in a hurry, rushed back with Phantom comics instead, for reasons unknown.

Lawry first rose to fame in the Lord’s Test of 1961, famously referred to as ‘The Battle of the Ridge’ for the numerous depressions on the strip. Survival was difficult, but Lawry scored 130 out of a team total of 237 against a rampant Fred Trueman and Brian Statham. And in the historic Old Trafford Test he scored 102.

He also went into arguments with ACB over payments, putting his own neck on the line. He was dropped for good midway through the Ashes contest that followed: they cited his defensive captaincy. Lawry was the first Australian captain to be dropped during a series. Before that, however, he led Australia to a win in the first ever ODI.

Channel 9 was prompt to pick him up for the last Test of the same series. He formed an iconic on-air pair with Tony Greig. Their good-natured banter made them extremely popular among spectators. Contrary to his image, Lawry is excitable on air, though age has reduced his appearances only to matches played in his hometown Melbourne.

He was inducted in the Australian Hall of Fame in 2010.