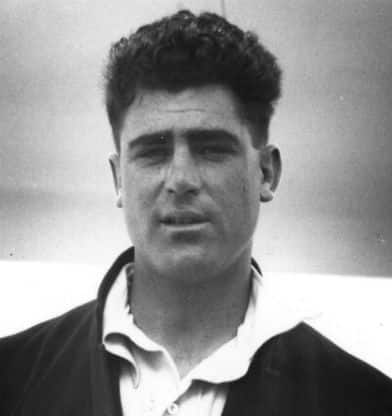 While Harold Larwood traumatised the Australians from one end during the infamous Bodyline series, Bill Voce maintained an almost equivalent pressure from the other end.

Voce was slightly slower than Larwood, but that put him firmly in the category of the faster bowlers of the world. And being tall, powerfully built and left-arm, he generated awkward height and angles for the batsmen. He could be as nasty as his illustrious partner in pace.

But the 15 Bodyline wickets of the series was not his only contribution to the cause of England. Unlike Larwood, whose career ended with the acrimonious five Tests, and whose average becomes surprisingly mediocre mid-30s if we take that 1932-33 series off his record, Voce was more consistent and maintained an average in the 27-28 region through the rest of his career. Before the Bodyline series he had destroyed West Indies at Port-of-Spain with 11 wickets and been uniformly successful in South Africa.

However, his most striking performance came against Australia at Brisbane during the tour that immediately followed the Bodyline exchanges. That was after the political tension following Bodyline had forced him out of the team during the Australian visit to England in 1934. Voce ran through the strong line up with 6 for 41 in the first innings on a near-perfect pitch, Don Bradman and Stan McCabe among his victims. In the second innings he picked 4 for 16, skittling Australia out for 58 alongside Gubby Allen. In the Sydney Test that followed, Voce created havoc on a rain-affected pitch, taking 3 wickets in 4 balls including Bradman for a golden duck, to finish with 8-1-10-4 in the first innings. He added 3 more wickets in the second innings as England went 2-0 up.

A back injury coupled with a resurgent Australia under Bradman ensured that he could not keep up the performances, but Voce finished the series with 26 wickets.

That was his final major performance for England as he was soon troubled by illness and injuries. However, strangely, that was not his final tour to Australia. He was still around after The War, at the age of 37. And 4 for 44 in the Test trial ensured another handful of Tests. He did not get wickets in the two Tests he played in Australia, but had Bradman in trouble when he resumed the duel with him, getting him to chop a ball to Jack Ikin at slip. However, Bradman, then on 28, did not walk and the umpires were not sure that the ball had not bounced, and the great man went on to resume his career with 187.

Voce retired with 98 Test wickets at 27.88. He aided the weak Nottinghamshire bowling attack off and on till 1952 before calling it a day with 1,558 scalps in First-Class cricket at 23.08.

What is seldom remembered is that this great fast bowler who hailed from the coal mines of Nottingham started his career as a classical left-arm spinner. He was good too, with some forecasting his career as a natural successor to Colin Blythe. His 37 wickets in 1927 were all as a spinner, and there was resentment when he changed his style to pace the following season. In 1929, when the wicket was sticky, Voce returned to his spinning ways with great relish and picked up 14 for 43 against Nottinghamshire.

But when he decided to choose quick bowling as his trade, England perhaps lost a great spin bowler, but gained a superb fast one.