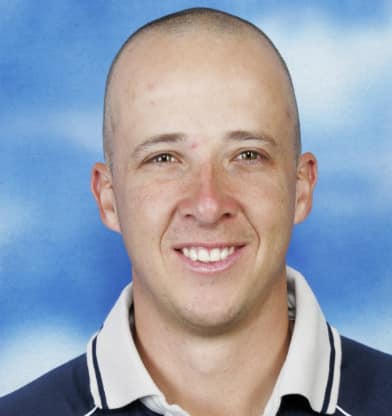 Baby-faced, bright-eyed, and with Human as his middle name, Boeta Dippenaar was South Africa’s invisible man in a formidable ODI batting line-up. He did not have the best of technique, and had a tendency to shuffle across, but that hardly mattered in 50-over cricket.
Dippenaar’s average of 42.23 is excellent, but a closer scrutiny would reveal that he is better than even that. For example, his average of 47.35 as an opener is nothing short of remarkable. And at No. 4 he averages 57.73. He makes it to the top five at both positions, which probably gives an idea of how overlooked his career was. And he averaged 45.23 in Australia, the best team during his career.
It was not that he was an ugly batsman, for few timed the ball better, especially when he drove through cover. He batted with a strike rate of 68, but he had a well-defined role, that of a grafter at various positions in the batting-order, and he did justice to that.
His finest innings probably came at Cape Town in 2002-03, when he grafted out 93 against a rampant Waqar Younis. At Adelaide in 2005-06 he batted through the 50 overs on a difficult pitch, for 125; at Durban against Australia he stood firm with 101; and at Bridgetown in 2005 he waltzed to a 129-ball 123, but the match is remembered for Charl Langeveldt’s match-winning hat-trick.
The numbers were more commonplace in Test cricket, but he did have a First-Class average of 40. This involved stints for Free State, Eagles, and Knights at home and for Leicestershire in England.
True to South African traditions, Dippenaar was also a spectacular fielder, manning the circle on the off-side alongside Jonty Rhodes and Herschelle Gibbs at various points of time.
Abhishek Mukherjee