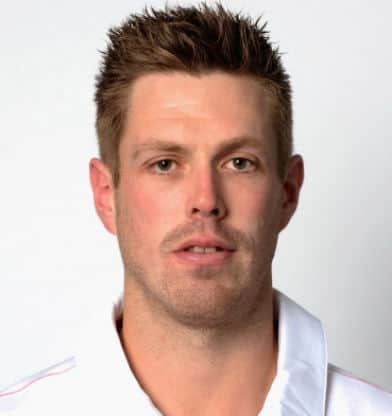 In January 2014, Boyd Rankin joined Eoin Morgan as one of the Irishmen who have gone on to play Test cricket for England. The tall seamer was picked for the fifth Ashes Test Down Under, but faltered on debut.

With a tall frame, good pace and the ability to hit the deck hard, England had their eyes on Rankin even when he played county cricket as an Ireland player. It was only in 2012-13 that he decided to commit to his future in the England setup and turned away from Ireland.

Rankin first made a name during the 2007 World Cup, where he was a part of the Irish side that stunned many and made it through to the Super Eights. He was one of the potential stars to emerge from the tournament, and continued to remain an important part of Ireland’s side that made a climb in international cricket.

In the county circuit, he was a part of Warwickshire and performed very well for them there. After the 2011 World Cup, it was almost evident that he was shifting towards England, when he was picked in their representative sides.