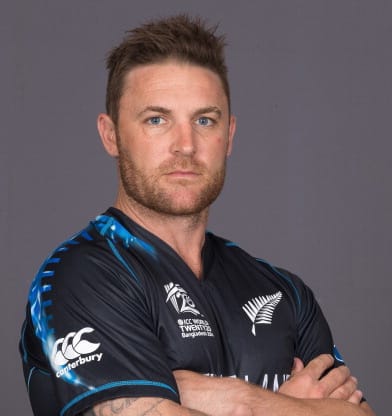 If cricket lives for another century, the saga of Brendon McCullum’s rise over the years would be remembered as the metamorphosis of the brash to the masterly. Those tattooed, powerful forearms had sent bowlers around the world into helpless submission over the years, none more than the men from Bangalore in the inaugural match of the Indian Premier League in 2008.

A master of the shortest format, McCullum became the first to reach two thousand runs (when nobody else had managed 1,500) and two hundreds. He remains, without a doubt, the finest batsman when it comes to Twenty20 International matches, making him hot property for franchise-based Twenty20 contests.

However, over the years, 'Baz' has outgrown the shorter format to raise the bar. His critics were sceptic when he had decided to give up the big gloves in Test cricket; they even dismissed his match-saving 225 against India at Uppal as a one-off performance; but McCullum had continued to rise, taking on vicious bowlers and the caustic media single-handedly.

In the absence of Daniel Vettori, New Zealand cricket reached a new crisis when Ross Taylor was made to stand down as the captain of New Zealand in rather uncomfortable conditions. McCullum had stepped in, and the fans had anticipated a showdown between the two biggest names of contemporary New Zealand cricket.

McCullum never let all that happen. He took Taylor under his wing, and has groomed New Zealand to become one of the fiercest challengers of contemporary cricket. McCullum himself leads from the front, and had sorted out India again at Eden Park in 2013-14, where he turned the tables with 224 to lift his side from 30 for three to 503.

India were all set to win the next Test at Basin Reserve when McCullum decided to intervene once again: things looked hopeless after New Zealand had slumped to 94 for 5 on the third morning following a 246-run deficit, but McCullum went on to score 302 — the first triple-hundred by a New Zealand batsman and the second third-innings triple-hundred in history — to save the Test. McCullum’s worth at Test match level was now beyond dispute.

McCullum also became the first captain to lead New Zealand to a World Cup final, when he did so during the 2015 edition, where they lost to champions Australia. He announced his international retirement in December the same year.