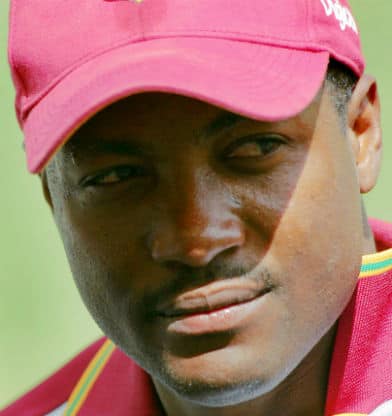 It has not been that long since Brian Lara’s majestic willow stopped etching those majestic arcs from the high back lift to flourishing follow-throughs. The image of the bent knee and the body and bat coiled like a spring are still fresh in memory, as are the flashes of energy bursting forth, the sound of willow against leather like the pop of the champagne cork, strokes gushing out in liquid grace, flowing in red streaks across the field to the boundary.

No man in world cricket made batting look so sublime, so indelibly stamped with genius. If Sachin Tendulkar’s mastery was sculpted by layers of prodigious inspiration built on a platform of the soundest edicts of batsmanship, Brian Lara more or less wrote his own training manuals. With Tendulkar and Ricky Ponting, the basics of their craft could be at least imitated by mortals, although the results and consistency would be way beyond the realm of lesser men. However, when it came to Lara, even efforts at mirroring were beyond the best of them. The twinkling of the toes as he went down to meet the ball, the pull played with a straight bat with both feet off the ground, the angled bat finding gaps through the off side again and again and again.

No willow in modern times dripped with as much genius as Lara’s. And never has the word genius been more accompanied by the often associated adjective — ‘flawed’.

When Lara was in full flow, it ended in a deluge of runs, cascading along with unrestrained primal beauty like the highest mountain water-falls. But, sudden plummets saw him stagnating in murky plebeian puddles for way too long. His spates of run-making could denude the entire landscape of cricket, but quite often it was reduced to a trickle by clogging problems created through rifts with administrators, sponsors, teammates and even with his own self.

Throughout his career, Lara battled within a team that increasingly became a shadow of their glorious past. He piled on more and more runs and West Indies kept losing. Once in a while his bat inspired them to epic wins, but that – while always on the surface of remarkable memory — happened very rarely. And all the while he plundered over 23,000 runs in international cricket, with 53 centuries, notching the world record for highest individual score in Tests, reclaiming his record (which involved scoring the first 400 in Tests), scripting the first ever 500 in First-Class cricket and finally retiring as the record holder for highest aggregate in Test cricket.

Lara was in many ways a supreme example of how this noble game combines individual heroics within the periphery of team tussle as no other. Throughout, his great deeds were scripted against the backdrop of disappointment. He had his squabbles, issues built around his own ego, problems while leading the team and with other captains.

But even as a cricketing superpower became ordinary before sinking to the depths of a near-minnow, spectators in the Caribbean islands and the world over flocked to the ground to watch them because of one name on the scoreboard — his.