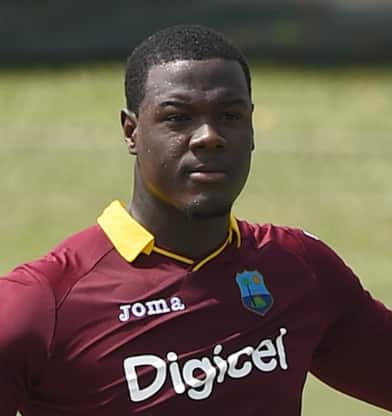 Hailing from Barbados, Carlos Brathwaite is a bowling all-rounder who made his First-Class debut in 2011 for Combined Campuses and Colleges. He scored 61 runs in the second innings after getting dismissed for a duck in the first innings, but claimed seven wickets in the game and later went on to capture 26 more wickets from just eight games that season.

With a healthy start to his First-Class career, he eventually earned his national call later the same year and made his debut in the T20I against Bangladesh in Dhaka where he scored just 1, and claiming 1 for 25. He made his ODI debut in the same series, but only managed 11 runs on debut. He has not managed to hold down a permanent spot in the West Indies line-up, but in 2015 earned a maiden Test call-up for the tour of Sri Lanka.