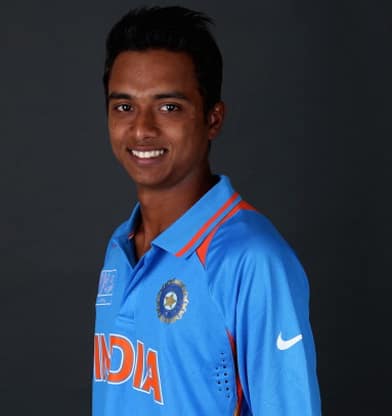 Chama Milind, the left-arm pacer from Hyderabad, was handed his First-Class debut at the young age of 19. He has transformed himself into a frontline seamer for his state, but his records in his first couple of full seasons have not been particularly impressive. However, he has been excellent in the shorter versions and is a handy batsman down the order as well.

Milind, in his debut season for Hyderabad in 2012-13, picked up a hat-trick in the Syed Mushtaq Ali Trophy. Milind represented India in the ICC Under-19 World Cup 2014, where he finished with 7 wickets as India finished fifth in the competition.

He spent a couple of seasons in the Indian Premier League with Sunrisers Hyderabad, but did not get a single match. He was purchased by Delhi Daredevils at the IPL 2016 player auction for his base price of INR 10 lakh.