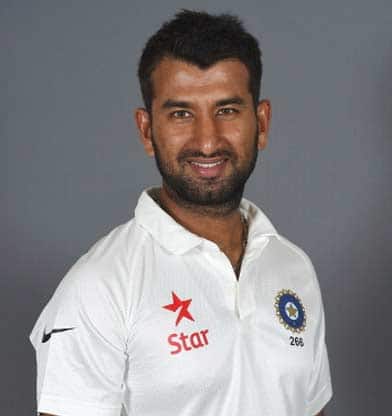 While Rahul Dravid had been struggling to regain his glory during India's tour Down Under in 2011-12, Cheteshwar Pujara was busy establishing his credentials in the longest format on the back of his First-Class exploits. One year into international cricket, Pujara's only claim to fame was a match-winning 72 on debut on a turning track in the second innings against Australia at Bangalore, but his ice-cool temperament and solid technique had impressed many.

From August 2012 to March 2013, Pujara had four centuries with two being double tons. On the seaming tracks of South Africa, he scored a hard-fought 153 which remains the highest by an Indian in the second innings of a Test in the Rainbow nation.

Like most Indian batsmen whose domestic averages indicate the tons of runs churned out, Pujara was well ahead in the race. Hailing from Saurashtra in Gujarat, Pujara represented India in the Under-19, finishing as the leading run-scorer in the 2006 Under-19 World Cup and made his First-Class debut in 2005. The three First-Class triple tons are a symbol of his hunger for playing the long innings.

A run of poor form in 2014 saw Pujara dropped from the Test side, albeit briefly, but he was soon back with a bang. Forced to open batting against Sri Lanka at Colombo (SSC), Pujara once again showed his mettle, carrying his bat to score 145 on a minefield of a pitch. In doing so, he became only the fourth Indian to carry his bat in a Test innings.

Fitness hasn't been an issue except for a recurring knee injury. He was part of Kolkata Knight Riders for the first three seasons before playing briefly for Royal Challengers Bangalore and in 2014, picked by Kings XI Punjab as an opener. Also backed by excellent List A numbers, Pujara has been part of India's successful transition phase since the retirement of the middle-order maestros.