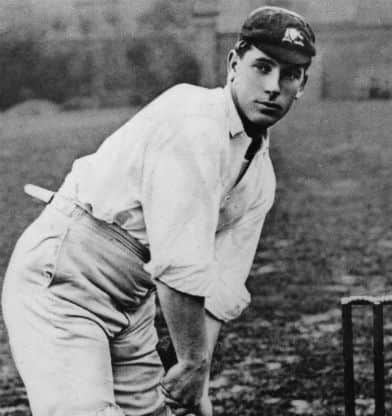 With his crouched stance and propensity to play cross-batted back foot strokes more frequently than the elegant eye-pleasing drives of his era, Clem Hill was perhaps not the favourite of the romantic. Of medium height and powerful build, he held the bat extremely low down on the handle and had a Jessop-like crouch as he prepared to face the bowling. As he moved into the stroke, the crouch disappeared, and he was notable for the quickness of his feet. Elliot Monfries, the wicketkeeper who stood behind Hill for Victoria and during club games in Adelaide, estimated that a third of his strokes were made when standing outside the crease. He was not of the David Gower or Frank Woolley school of visually delightful left-handers, but neither was he of the Phil Mead or Warren Bardsley type of stodgy stonewaller. Perhaps the most appropriate parallel would be Allan Border.

Yet, when he passed away in September 1945, some obituaries bestowed on him the title of the greatest left-handed batsman ever. That was quite a tribute, surpassing men like Joe Darling, Woolley and Bardsley. But the laurel was deserved enough to rest justly on his noble head until men like Garry Sobers, Graeme Pollock, Allan Border and Brian Lara arrived on the scene. Additionally, just as the old century was changing into the new one, there were quite a few who thought Hill was the greatest batsman of the day, regardless of right or left-handedness.

Johnny Moyes wrote: “He revelled in the faster stuff, which he hit with explosive power. The sound of the bat on the ball was like a crack of the whip, the result as striking. Fast bowlers could make the balls lift quickly on the fast pitches from a good length, and when one watched Hill crashing their thunderbolts past mid-off or through the covers it gave the same sensation as watching the most vivid of lightning.”

Starting as a child prodigy in the 1890s, by the time the new century came along, Hill had become one of the all-time Australian greats. He batted with pugnacious efficiency and led the side with aplomb.

In 1902, five different players held the Test record for highest number of career runs. Arthur Shrewsbury had led the field when the year started. Syd Gregory went past Shrewsbury, Darling overtook Gregory, and Archie MacLaren raced past Darling.  Hill went past MacLaren, and then it was a tussle between the two. After the final Test at The Oval, Hill had 1,562 to MacLaren’s 1,543. After the tour, Hill would hold the record for another 22 years.

In 1924-25, Jack Hobbs went past him to become the new record-holder. It is said that Hill was not really aware of his feat. When Hobbs broke his record, it was left to the wife of the Surrey batsman to remind the Australian sitting nearby that he had held the top position till a few moments ago. His tally of runs would probably have been greater had not the Big Six issue of Australian cricket, preceded by his infamous punches that landed on fellow selector Peter McAllister.

Hill, however,  possesses another record which can never be broken. He was born on March 18, 1877, on the rest day of the first ever Test match, thus becoming the first Test cricketer to be born after the start of Test cricket. He also remains the answer to a popular quiz question following his 99, 98 and 97 in consecutive innings in the 1901-02 Ashes.