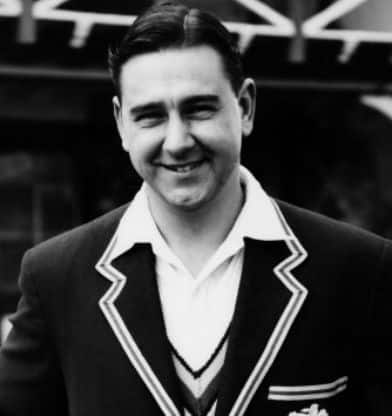 A batsman of undeniable greatness and the first man to appear in a hundred Tests, Colin Cowdrey was also a gentleman held in enormous respect by friends and foes alike, and a man of infinite charm and kindness.

He had started by facing the hostile pace of Ray Lindwall and Keith Miller and ended with the chin music of Lillee and Thomson — the latter experience gleaned after answering an SOS call at the age of 41 to come out of retirement and save England. Besides, the runs were made with style and grace that merged with his demeanour on the field to paint some of the purest pictures of the game.

When he voiced doubts of the soul about the utility of spending so many years standing in first slip while people were fighting wars and surgeons saving lives, Ian Wooldridge of Daily Mail wrote: “As understatements go that probably ranks with (Yehudi) Menuhin dismissing life as one long fiddle.”
Cowdrey’s brilliance often scintillated even the opponents. John Waite, the South African wicket-keeper, said about an innings: “He batted beautifully, his cover drives unfolding like tropical flowers of the scarcest delicacy.”

In the mid-1950s, his initial struggle against the pace and bounce of Neil Adcock and Peter Heine had induced the necessary change in his approach to fast bowling, with a more back foot-based game. Even after 100 Tests, in the early 1970s, he took up his position behind the bowler’s arm to watch how Ian Redpath played the short ball, in the effort to pick up some new tricks.

Similarly, when Hugh Tayfield managed to tie him down over after over with his off-breaks, Cowdrey came back from South Africa and worked diligently to add the lofted on-drive to his array of strokes.

The most graceful player of the drive, he could play late and change his stroke in the last minute. He could cut off the back-foot, always impeccable with his placement. An accomplished hooker in his youth, he was good enough to pull Lillee and Thomson when 41. His on-drive was exquisitely balanced.

However, in spite of the obvious soundness of his batting, many claimed he did not justify his immense potential. His batting average in Test cricket merited to be in the fifties rather than the rather creditable 44.06. From his days as a schoolboy cricketer, expectations remained sky-high, and many were not satisfied by the plenty that he achieved in his career. Former Kent captains, Doug Wright and Les Ames, agreed that if he had played according to his potential, Cowdrey would have finished with 200 First-Class centuries instead of 107. Most importantly, the acid test for an England batsman reflected rather badly on him. His figures against Australia, the age old rivals, languished at 2,433 runs in 43 Tests at 34.26.

Yet, in spite of perhaps a potential that remained partially unfulfilled, Cowdrey nevertheless enjoyed a superb career and remains one of the best batsmen produced by England.

As a ruthless England captain, too, he did have his limitations but he had charm, loads of it. In 1992, he was knighted for his services to the game.

His last great service to the game was to initiate the inclusion of “The Spirit of Cricket” in the Preamble to the 2000 Code of Laws. The MCC Spirit of Cricket Lecture is an annual and one of the most prestigious events of the cricket calendar.