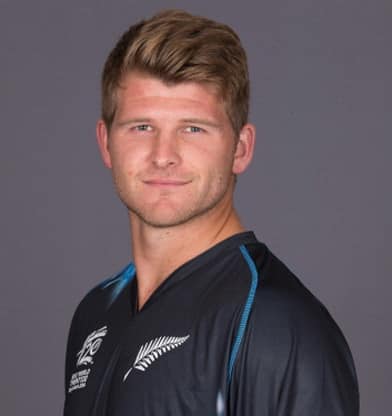 A ferocious striker, Corey Anderson is usually remembered as the man who broke Shahid Afridi’s 17-year old record for the fastest ODI hundred. After a stint with Canterbury, Anderson broke through to the T20I squad. Fitness issues marred the initial and young stages of his international career, but he continued to sparkle at domestic levels.

He finally made his ODI debut during ICC Champions Trophy 2013. The same year he also made his Test debut against Bangladesh at Chittagong, and scored his maiden Test century in his second outing.

On New Year’s Day, 2014, Anderson smashed the West Indians all over Queenstown to register a 36-ball 100, making Jesse Ryder’s 46-ball hundred pale in comparison. Owing to this, he was picked up by IPL franchise, Mumbai Indians for $750,000 where he played a crucial role in making the ream qualify for the play-offs against Rajasthan Royals, by scoring an unbeaten 95 off just 44 deliveries.