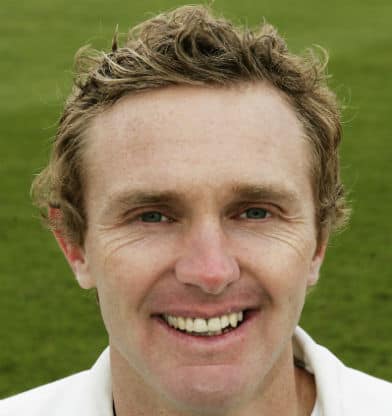 Maddy spent the last couple of years of the last century on the fringes of the England team, crossing the threshold of the dressing-room from time to time. A hard-working all-rounder at the county level, his efforts on the international stage were tales of futility. He struggled through his Tests against New Zealand and South Africa, scoring 46 in his 4 innings and bowling 14 wicketless overs. In ODIs, he did make 53 in his final outing for the country, but it was robbed off its sheen because it came against Zimbabwe. He was not given a bowl in the shorter format.

Far away from the highest level, Maddy had resigned himself to the virtual obscurity of the county game when the advent of T20 revived and rejuvenated his career. He became the first man to pass 1,000 runs in this format, and was a key member of the Leicestershire side that won the T20 tournament in 2004 and 2006. He was drafted into the England team for the inaugural T20 World Cup. It was in this tournament that
Maddy reached his zenith, scoring 50 off 31 balls and picking 2 for 6 against New Zealand.

In 2007 he moved from Leicestershire to Warwickshire in slightly controversial circumstances. After Heath Streak resigned as captain he took over leadership, and in 2008 he led the club to promotion. A ligament injury kept him out for some time, but he continued to play till 2013.