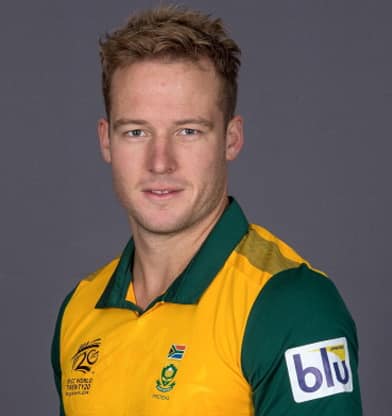 David Miller made an instant mark with a blistering 38-ball ton for Kings XI Punjab against Royal Challengers Bangalore in IPL 2013. Until then, he had appeared in handful of ODIs and T20Is for South Africa, but had never attained celebrity status. In a daunting run-chase, his century lit up the atmosphere that night and took the national selectors by surprise. As a result, they decided to invest in him.
Miller made his international debut at 20 in the shortest format against West Indies in 2010. He got limited opportunities in the run-up to the 2011 World Cup but was left out for the marquee event.
Nonetheless, Miller continued to pile up runs for Durham, for whom he kept leading charge in crunch situations with vital knocks. The national team had an eye on him for his strokeplay and exceptional show on the field. He was called in for the 2013 ICC Champions Trophy.
Since then Miller has more or less been a regular in South Africa’s limited-overs setup. He shared the highest fifth-wicket stand (in World Cups) with JP Duminy, adding 256 runs in South Africa’s 2015 World Cup opener, against Zimbabwe. He hammered a 92-ball 138, but it has largely been a stop-start career for him since then.
In 2016, Miller played a blinder to rattle Australia in a high-scoring encounter at Durban. He stood tall with 118 to lead his South Africa to victory in a mammoth chase of 372. He continued his form with another unbeaten century against Sri Lanka in early 2017.
Miller has also led Kings XI for a brief period in IPL 9, and remains a vital cog for his franchise and South Africa.
Aditya Sahay