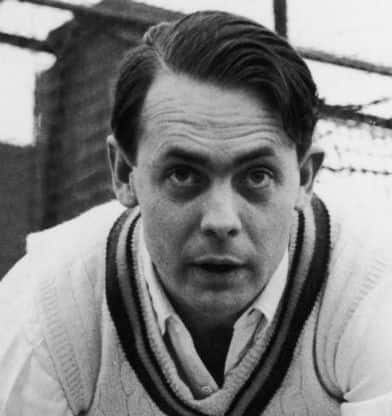 Lord Sheppard of Liverpool was the Anglican Bishop of that north-western city from 1975 to 1997.

According to the Guardian obituary penned after his death, many judged him as the jewel in the crown of the bench of bishops. Many also hoped that he might succeed Robert Runcie as Archbishop of Canterbury.

However, earlier he had gained success, fame and popularity as an English Test cricketer. He played for the country 22 times, leading them twice. He captained Cambridge and Sussex as well, playing for the latter from 1947 to 1962.

Never really a great batsman in the league of Peter May or Colin Cowdrey, Sheppard was a tenacious cricketer who batted in orthodox fashion with a strong array of off-side strokes. His major strength was his limitless capacity to concentrate.

In 1950, Sheppard scored 227 for Cambridge against West Indies, putting on a record 343 with John Dewes. Later, he and Dewes added 349 against Sussex.

Drafted into the Test team, he played with little success against West Indies at The Oval, and toured Australia with Freddie Brown’s team without setting the grounds on fire.

When he led Sussex to the second position in the Championship in 1953, behind only the invincible Surrey, there were voices for him to be appointed captain of England. The majority of these voices were against a professional captain in the form of Len Hutton.

Sheppard did lead England twice, but thankfully better sense prevailed before the Ashes tour of 1954-55.
He returned to the England team as an ordained priest, in 1956, during Laker’s Test at Old Trafford, scoring 113. He followed it up with 62 at The Oval as England retained The Ashes.

Sheppard appeared less and less in First-Class cricket as the duties in the church beckoned. However, he scored a hundred in the last Gentlemen-Players encounter in 1962. That earned him a place in the England side to Australia in 1962-63, and he did score 113 in Melbourne in England’s only win in the series. However, his fielding was rather ordinary due to lack of practice, and Fred Trueman, frustrated with his dropped catches, was heard to murmur, “pity the Reverend did not get his hands together on field.”

Later, alongside his career in the church, he was one of the main voices against the South African tour in 1970.