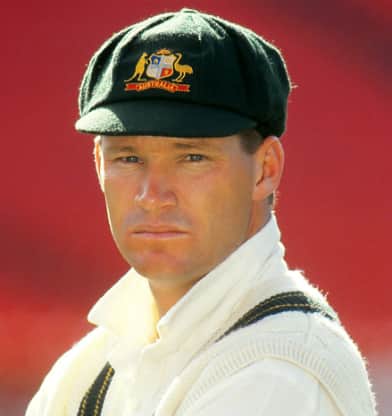 Dean Jones sealed his place in the annals of the game with his epic 210 in the second Tied Test in Madras, a knock in which he was dangerously dehydrated but went on to bat for 502 minutes. It was also just his third Test match.

Yet, in spite of that innings, and a career that saw him score 3,631 runs at 46.55 with 11 hundreds, Jones always maintained that his best knock was his first one at that level. It was at Queen’s Park Pval, on a green wicket, with Joel Garner blasting out Kepler Wessels, Wayne Phillips and Greg Ritchie within 16 runs, and then getting captain Kim Hughes and David Hookes to make it 85 for 5.Jones walked out at No 7 and refused to give in to the fast men, Garner, Malcolm Marshall and Wayne Daniel. The balls came up to his ribs and throat. “The only drive you get here is to and from the ground,” Joel Garner reminded him. But the young man hung in there for 161 minutes, scoring 48.

However, for all his tenacity, it was his rollicking approach to batting in limited-overs cricket made him a trendsetter in that format. Seldom had one seen a batsman skipping down the wicket to lift fast bowlers over the infield. Jones had the pluck and the cheek to do that against the quickest in business. He perfected the art of accelerating through the overs, with plenty of practice in the yearly three nation tournaments held in Australia. During the initial phase of his career, he struggled against top quality spin bowling in places like Sharjah and the sub-continent. But by the time Reliance World Cup was hosted in India and Pakistan in 1987, he had gained enough experience to score over 300 runs with three half centuries, averaging in the mid-forties. He was one of the architects of the Australian triumph in the tournament.

With time, his swagger, arrogance, quick scoring, electric running between the wickets and often superb fielding became legendary in the limited-overs games in Australian conditions. The 1991 publication of Dean Jones: One-Day Magic is testimony to his expertise in the format and also the degree of respect he commanded from the cricketing community.

While he did score seven hundreds in ODIs during his career, his most brilliant innings was witnessed in the deciding final of the Benson and Hedges World Series 1988-89 against the West Indian pace attack at Sydney. In a rain-curtailed innings, against an attack comprising of Marshall, Curtly Ambrose, Ian Bishop and Courtney Walsh, Jones played a blinder as the rest struggled. When the 38 possible overs were completed, Jones was an unbeaten 93 off 82 balls, with eight fours and two sixes. The second of the sixes was struck off Marshall, a preposterous stroke-launching him over mid-wicket.

In his era, Jones was one of the most successful batsmen in One-Day cricket, with 6,068 runs in 164 matches at 44.61 and a remarkably good strike rate for his times — 72.56. As many as 41 of those matches were played against the mighty West Indies. Like most men of his generation, Jones suffered against the great fast bowlers. His average shoots up to 52.13 if the West Indians are taken out of the equation.

He went on to become a successful commentator and analyst, earning a sobriquet ‘Professor Deano’. Unfortunately, he was sacked by Ten Sports in 2006 for calling Hashim Amla ‘a terrorist’ during a live match.