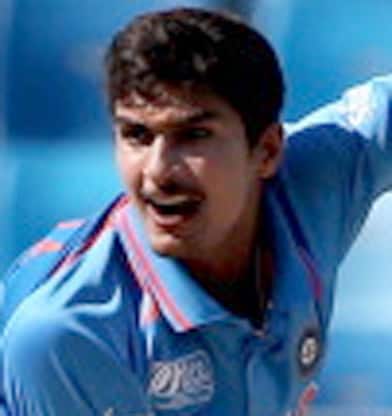 An accurate off-spinner and explosive middle-order batsman, Deepak Hooda was a part of India’s impressive 2014 batch of Under-19 cricketers. Born in Rohtak, Hooda had an excellent first season of First-Class cricket with Baroda, scoring two centuries and two fifties and finishing the season with a 50-plus average. Though he did not bowl much for Baroda, a five-wicket haul against Pakistan in the 2014 Under-19 World Cup was an indication of his handy bowling prowess.

Hooda came into the limelight during IPL 2015. Playing for Rajasthan Royals, he scored a 15-ball 30 against an attack comprising of Mitchell Johnson, Sandeep Sharma, Anureet Singh, Akshar Patel, and Karanveer Singh on debut. But it was in his next match that he made people sit up and take notice. Coming in at 78 for 4 with 107 runs remaining in under 10 overs, Hooda massacred the Delhi Daredevils bowling attack that included Nathan Coulter-Nile, Imran Tahir, Angelo Mathews, Amit Mishra, and Jaydev Unadkat. His 25-ball 54 ensured Royals won off the last ball.

Though he did little of note in the remainder of the tournament, Hooda's talent is hard to ignore. His aggressive batting and accurate bowling make him an ideal T20 player, but his first year of domestic cricket suggested potential for a productive First-Class career as well.